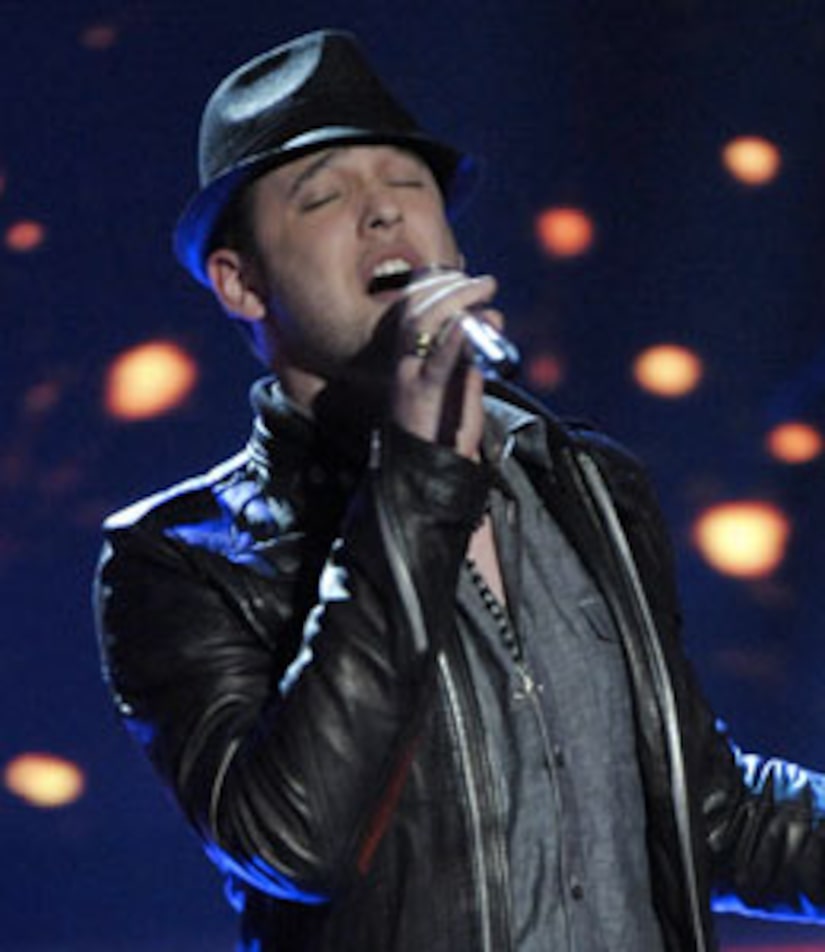 The top 7 remains the top 7! Matt Giraud received the lowest amount of votes for his performance of "Have You Ever Really Loved a Woman" on Tuesday's show, but he's still in the game!

Entertainers last night included Miley Cyrus, who delivered a wailing performance in a sparkly gown, and former Idol contestant Jennifer Hudson in a pre-taped number from her debut album.

Giraud, of Kalamazoo, Michigan, was earlier bailed out by the judges' wild-card choice in the semifinals, and last night he received some more help from the fierce foursome as the recipient of the first-ever "Judges' Save."

The 23-year-old will remain in the competition -- but two singers will be eliminated on the April 22 show. Accompanying Matt in the bottom three were Anoop and Lil.

And, word has it that they'll be returning to the "all judges speak" format in next week's "Disco Show."