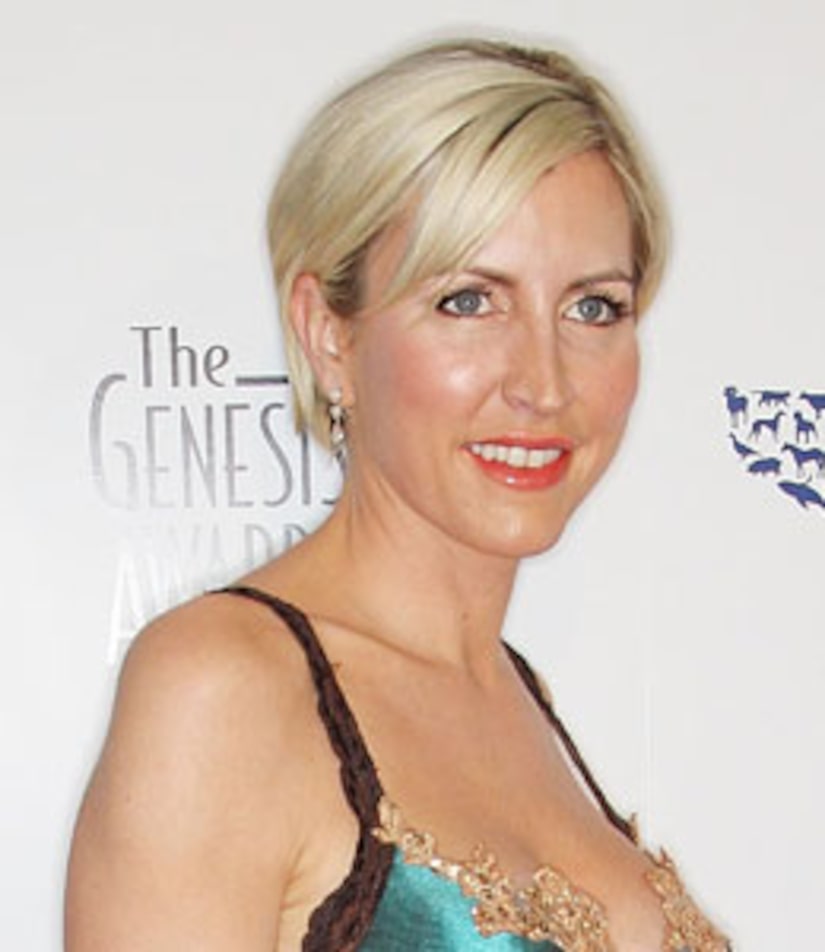 Is vegan Heather Mills the new spokesperson for Burger King?

That's a lot of hogwash! Mills denies the rumors that she signed a deal to promote a vegetarian menu at Burger King, telling "Extra," "If only it were true!" "Extra" caught up with Mills and former "Dancing with the Stars" partner Jonathan Roberts at his new dance studio in Hermosa Beach.

Mills is a strong PETA advocate and she says she would be open to the idea of promoting veggie burgers for the fast food chain. She admits, "I would put vegan food everywhere." Heather continues, "I'd put it anywhere it'd help to minimize meat consumption and get people to have tasty alternatives."

The former "Dancing with the Stars" contestant is no stranger to the rumor mill. The 41-year-old says she has quit reading about herself. "I just thought, 'This is just a waste of time.'" Mills says she has been scanning the web and clearing up rumors. The British tabloids have even issued apologies! Heather proclaims, "I've got five apologies so far from British media and I've got many thousands to go. I plan to clear the Internet so my daughter doesn't read all the lies when she's 12."

Tabloids also reported Mills brought a "mystery man" to Monday's "Dancing with the Stars" taping. She tells "Extra" that "mystery man" is her boyfriend of eleven months, Jamie Walker.

Mills also reveals she would be game for another reality television show, saying, "There are very few shows the level and worth of 'Dancing with the Stars.'" Mills continues, "'Dancing with the Stars' to me is very inspirational, motivational show... It'd only be something as wow as that for inspiring and showing people you can overcome adversity with a disability."