Following a wild week where her stalker was apprehended, Shawn Johnson smiles and continues to rehearse for "Dancing with the Stars." The brave 17-year-old was spotted Thursday leaving a dance rehearsal with partner Mark Ballas. 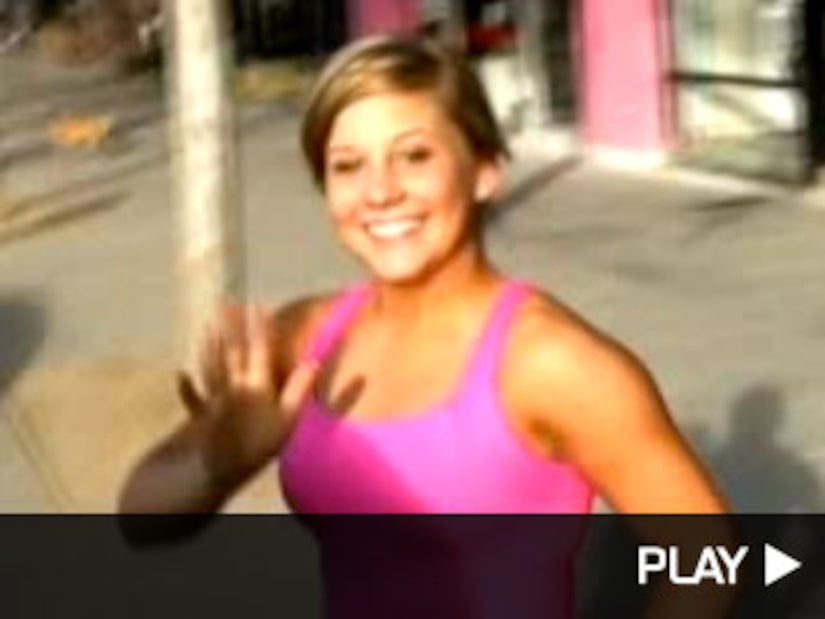 When a swarm of paps asked the Olympic gymnast if she were afraid, Johnson immediately shook her head no.

Earlier this week, the "Dancing" darling had a close call with Robert O'Ryan. The 34-year-old Florida man is the alleged stalker who traveled across country to meet Johnson. O'Ryan hopped a fence into CBS Studios to get closer to the gymnast -- and now he's in an L.A. jail awaiting trial. On Thursday afternoon, O'Ryan was charged with one felony count of stalking and two misdemeanor counts of carrying a loaded gun in a vehicle. He faces up to four years in prison.

L.A. stalking expert Rhonda Saunders tells "Extra," "It can turn very violent, it can turn very dangerous." As a prosecutor, Saunders has put numerous stalkers behind bars, including people who stalked Madonna, Steven Spielberg and Gwyneth Paltrow. She cautioned Shawn, saying, "The greatest danger sometimes isn't to the celebrity, it's to the people around them."

Shawn's "Dancing" buddy Mark Ballas was included in the list of protected persons on the restraining order filed by Johnson's mother Teri on Tuesday.