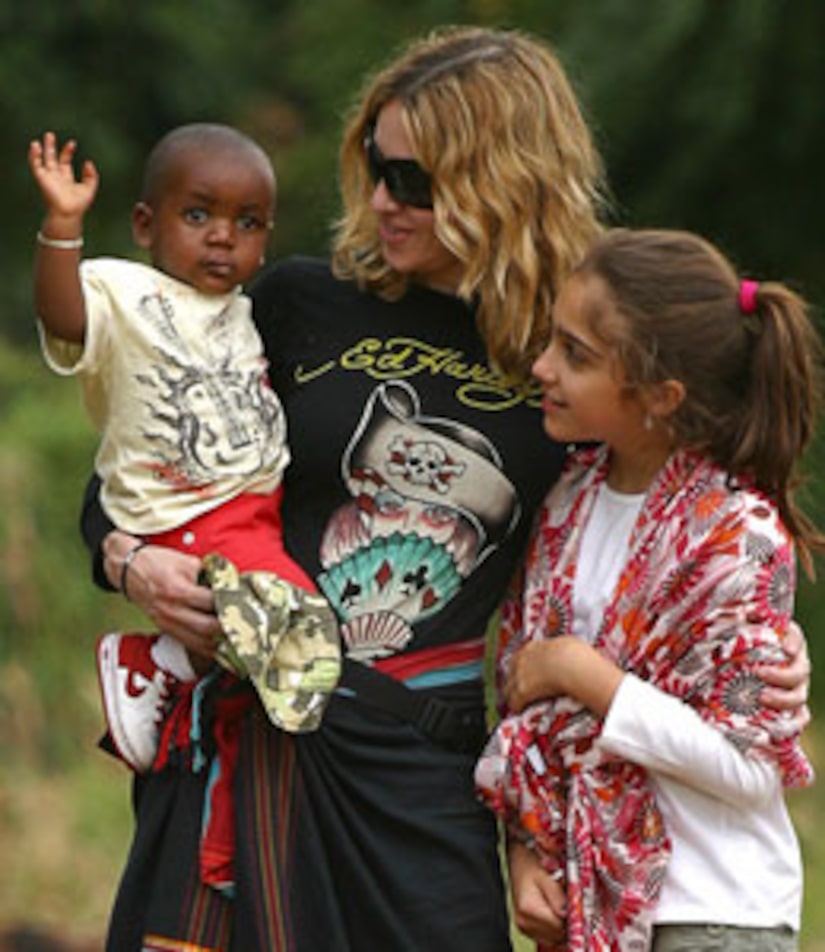 Is Madonna following in the footsteps of Brangelina by adopting another child?

Looks like she's ready for child number four! Officials in Malawi say Madonna will be in the southeastern African country this weekend. She has apparently already filed adoption papers and the court could hear the case as early as Monday.

Madge traveled to Malawi in October 2006 and filed adoption papers for David Banda Mwale. The adoption raised public controversy because laws forbid nonresidents from adopting Malawian children. Her other two children are Lourdes, 12 and Rocco, 8.