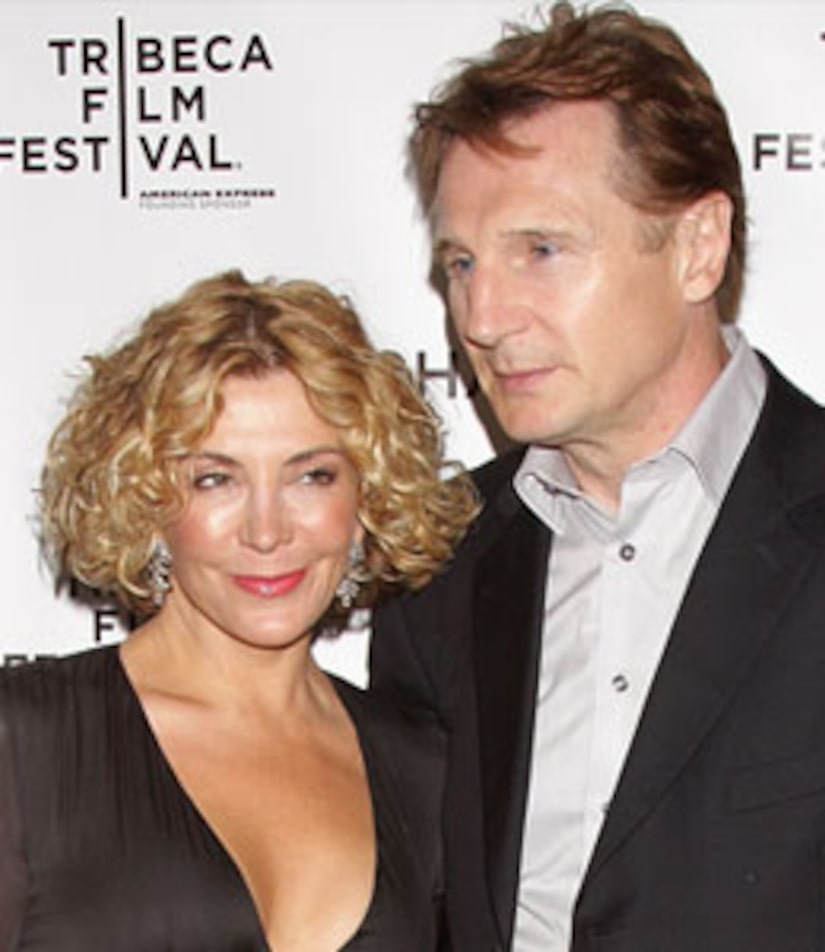 Members of Natasha Richardson's family have gathered in New York to be by the actress' side. Richardson is at a New York hospital being treated for a serious head injury sustained on a Canadian ski slope.

Richardson, 45, was flown by private jet from Montreal to New York on Tuesday afternoon. The New York Times reports Richardson's condition was very serious and her family was highly distressed.

Richardson's husband, actor Liam Neeson, immediately left the Toronto set of his upcoming movie, "Chloe," after the accident on Monday afternoon. Her mother, actress Vanessa Redgrave, was seen in photographs Tuesday walking into Lenox Hill Hospital in New York City, but it couldn't be immediately determined whether Richardson was under treatment there.

Richardson is the daughter of Oscar winner Redgrave and the late director Tony Richardson. The actress fell during a ski lesson on a beginners' trail at the Mont Tremblant ski resort, which released a statement saying, "She did not show any visible sign of injury but the ski patrol followed strict procedures and brought her back to the bottom of the slope and insisted she should see a doctor."

The ski resort said the instructor and a member of the ski patrol accompanied Richardson to her hotel, where they again recommended she be seen by a doctor. Mont Tremblant spokeswoman Catherine Lacasse said Richardson said she seemed fine at first.

"An hour later she said she didn't feel well. She had a headache, so we sent her to the hospital," Lacasse said. "There were no signs of impact and no blood, nothing."

Richardson is best known for her roles in "Nell," "The Parent Trap" and "Maid in Manhattan." She is also the sister of "Nip/Tuck" star Joely Richardson, and niece of actress Lynn Redgrave. She married Neeson in 1994, and the couple have two sons, ages 13 and 12.