In her first interview as First Lady, Michelle Obama tells "Good Morning America's" Robin Roberts she wants military families to know they have a friend in the White House. 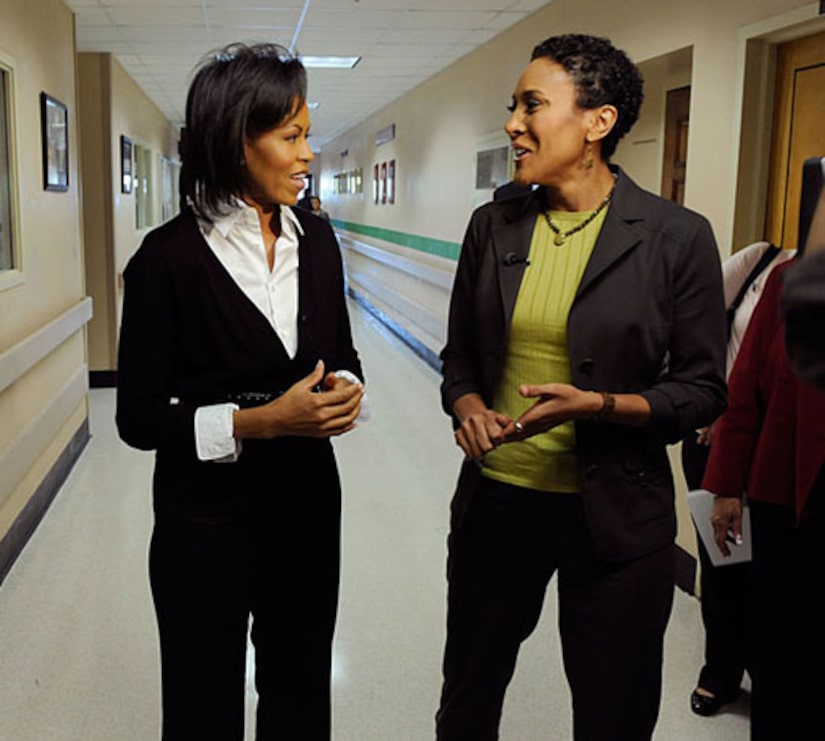 Mrs. Obama traveled to Fort Bragg, North Carolina to meet with military families and servicemen and women. She says she's distressed by the struggle of military families. "It hurts," she told Roberts of hearing about military families on food stamps. "These are people who are willing to send their loved ones off, perhaps, give their lives -- the ultimate sacrifice. But yet, they're living back at home on food stamps. It's not right, and it's not where we should be as a nation."

The First Lady also says she is able to stay positive about the economy. She remains confident in her husband. "I wouldn't want anybody but Barack Obama to be working at this time, because he is a focused, clear-thinking, rational man -- and that's what we need right now," she said. "I'm coming off of a boost of understanding all that our country is made of, the values, the men, the women, people who are looking for the silver lining, even in tough times."

Robin Roberts' interview with Mrs. Obama airs this morning on "Good Morning America" as well as on "World News with Charles Gibson" and "Nightline."