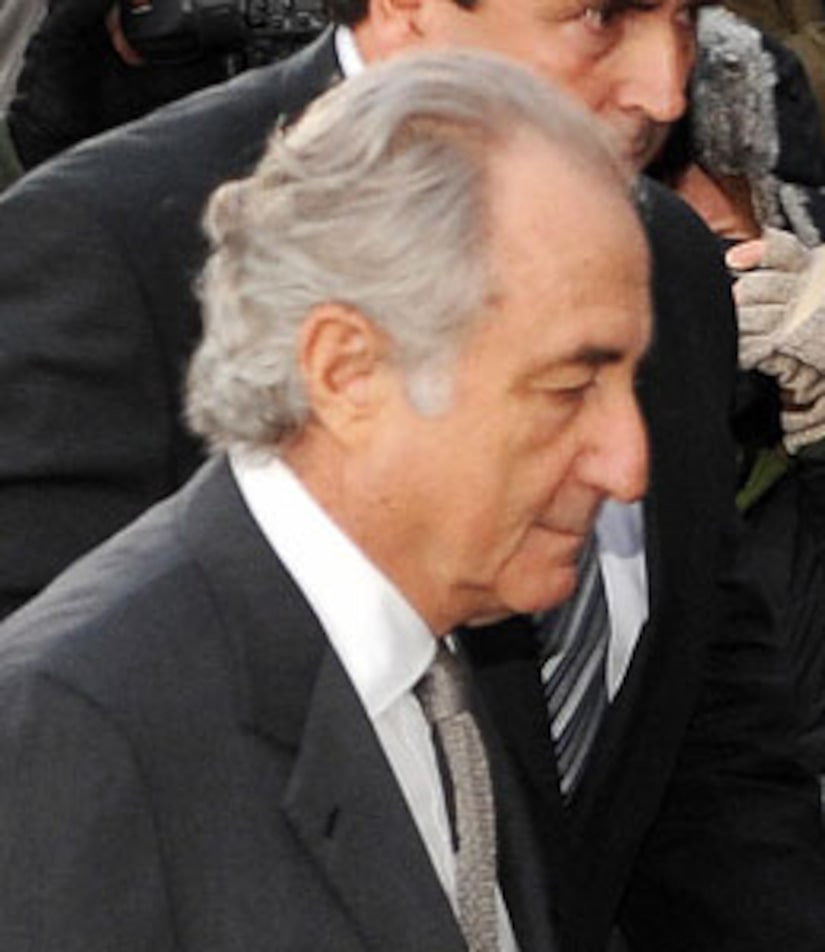 Bernie Madoff took his last steps of freedom into a New York courtroom today, but is the con man carrying a deadly secret?

The Swindler of the Century may be stricken with prostate cancer. The disease is apparently so advanced, that left untreated, it could lead to Madoff's death.

Bernie and the Missus were high school sweethearts and grew up in the same neighborhood in Queens. Over 50 years later, they own a swanky Manhattan penthouse, mansions in the Hamptons and Palm Beach, and a private jet.

It is reported in the weeks leading up to Madoff's arrest, he was still raking in as much as $10 million an hour - that's $173 thousand a minute! Madoff pled guilty to eleven charges, including securities fraud, money laundering and making a false filing to the Securities and Exchange Commission. This is the the largest investor fraud ever committed by a single person, amounting to almost $65 billion.

Judge Dennis Chin accepted the guilty pleas and ordered Madoff to jail, where the 70-year-old awaits formal sentencing on June 16.