Work hard, play hard! Tuesday night she kicked off "The Circus Starring Britney Spears," and on Thursday it was all about her boo boos. Britney Spears enjoyed time with her sons Sean Preston and Jayden James at the Magic Kingdom in the Walt Disney World Resort in Florida. 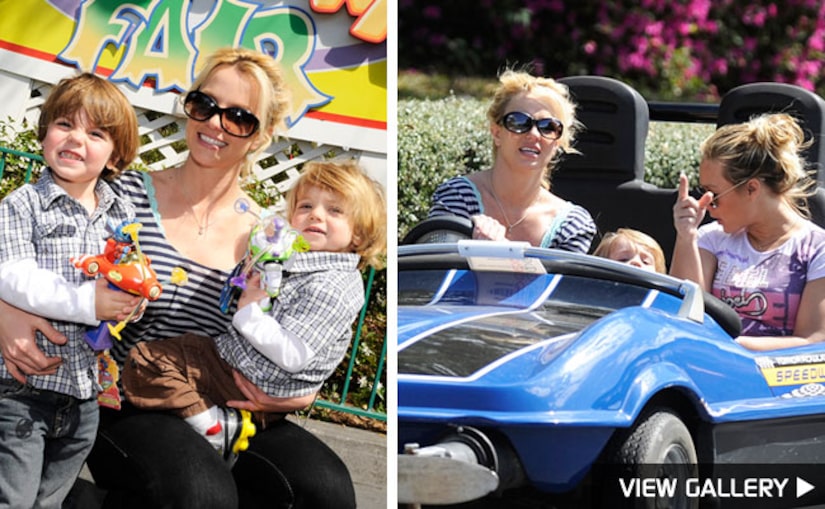 From 1993-1996, Britney and the cast of "The All New Mickey Mouse Club" filmed the show at Disney's Hollywood Studios in the Walt Disney World Resort.