Three members of group three will continue in the competition to become the next "American Idol." 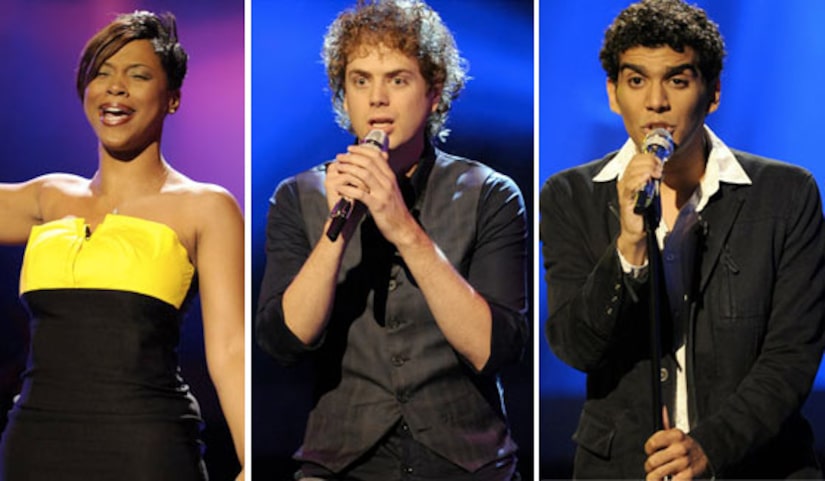 Lil Rounds, a 23-year-old mother of three from Memphis, will continue to the next round after receiving a big pat on the back from the judges after her Tuesday night performance of Mary J. Blige's "Be Without You."

Scott MacIntyre, the soulful 23-year-old pianist from Scottsdale, Arizona also made the cut. Scott is the show's first blind contestant and he wowed America with his version of Bruce Hornsby's "Mandolin Rain." Paula Abdul called him "one of our finest" and said she couldn't wait to hear MacIntyre tickle the ivories in the next round.

Jorge Nuñez, a 20-year-old college student, was once told to work on his English pronunciation and distracting dance moves, but last night he too moved on to the next round, having delivered a powerful performance of "Don't Let the Sun Go Down on Me" by Elton John.

Who will round out the Top 12? The judges will finalize the top contenders with their favorites tonight on the wild card show.