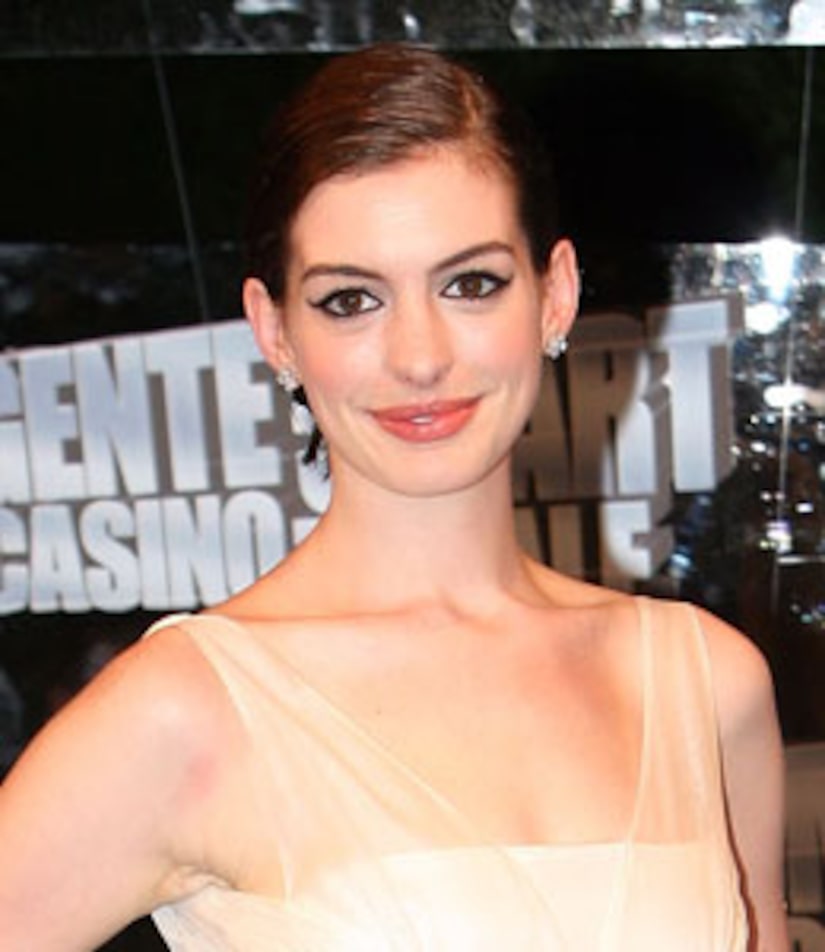 Is Anne Hathaway ready to walk down the aisle -- despite being burned by her con man ex, Raffaello Follieri?

That rumor can be annulled! Barbara Walters asked the "Rachel Getting Married" star, "Do you think about marriage?" Anne answered, "I don't, really."

During Walters' annual Oscar special, the 26-year-old Best Actress nominee confessed she isn't in a hurry to settle down, but she does want children. Does Anne want to live the Brangelina life? Walters asked, "So you could imagine having children... and not being married?" Hathaway replied, "I could. I think I could do that."