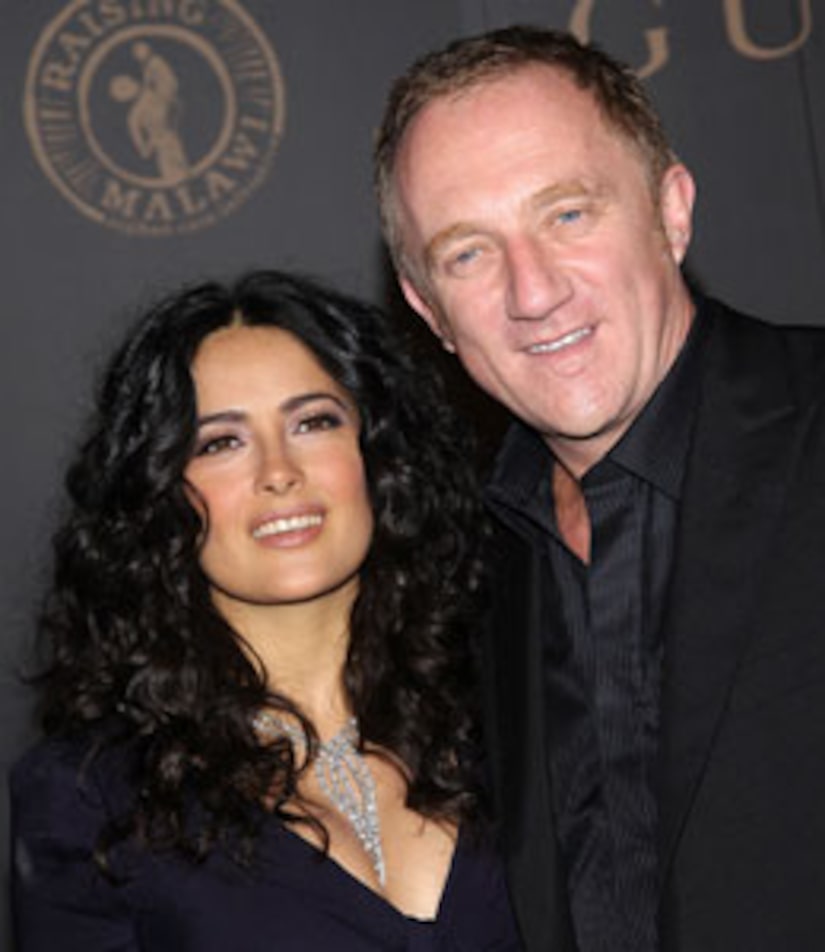 Salma is no longer single! Actress Salma Hayek and tycoon Francois-Henri Pinault tied the knot on Valentine's Day in Paris.

Hayek, 42, and Pinault, 46, married at City Hall of the Sixth Arrondissement in central Paris.

The couple originally announced their engagement in March 2007, but called it off in July 2008.

Salma gave birth to their daughter Valentina Paloma Pinault in September 2007 and the couple reunited shortly after.