Singer Chris Brown has been booked on a felony charge of making criminal threats after turning himself in to Los Angeles police.

Brown, 19, was arrested at 6:30 PM Sunday and stands accused of felony battery, in which the alleged victim suffered visible injuries. The above photo shows Brown hiding under a blanket outside of the police station.

Both Chris and Rihanna bailed on their Grammy performances after the incident leading to Brown's arrest. It remains unconfirmed whether Rihanna was the victim, but she was known to have been with Chris shortly before the incident. Victim names are not released in domestic battery cases.

Brown's booking sheet, which "Extra" has obtained, can be viewed below. 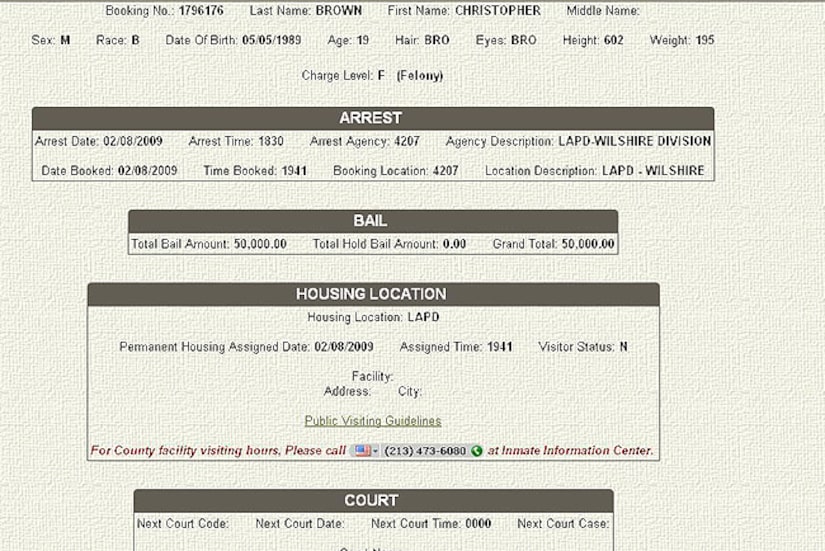