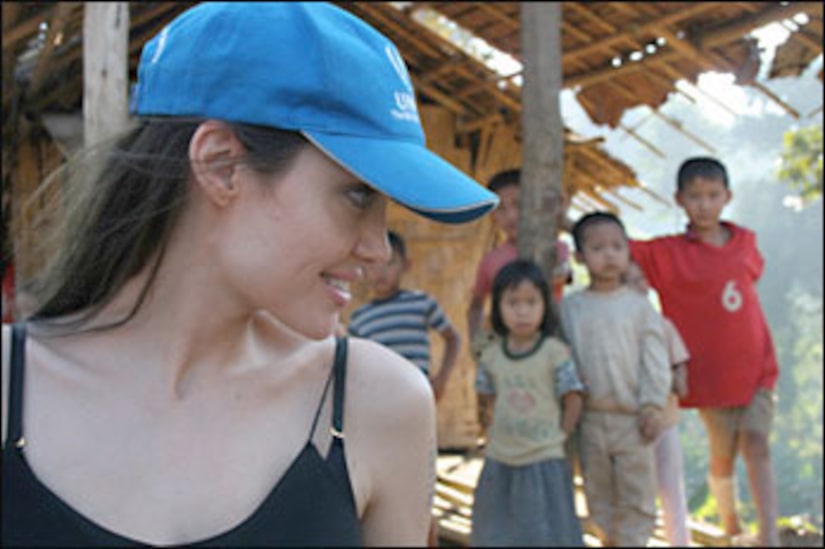 Angelina Jolie left the glamour of Hollywood to travel to Northern Thailand's refugee camps on Wednesday. The globetrotting U.N. Goodwill Ambassador is asking the Thai government to grant Myanmar refugees in northern Thailand greater freedom of movement. The "Changeling" star spent time listening to refugees tell their stories about living in closed camps -- some of whom have been in them for over twenty years.

"I was saddened to meet a 21-year-old woman who was born in a refugee camp, who has never even been out of the camp and is now raising her own child in a camp," Jolie said after visiting Ban Mai Nai Soi camp, which over 18,000 refugees call home.

The 111,000 registered refugees who live in nine camps in northern Thailand along the Thai-Myanmar border are not allowed outside the camps to work, nor seek higher education. Jolie said, "With no foreseeable chance that these refugees will soon be able to return to Burma (Myanmar), we must find some way to help them work and become self-reliant."

The actress spoke to two teenage girls whose parents sent them across the border for an education. Angelina told them, "I hope we can work with the Thai authorities to speed up the government admissions process and that you will not be forced to go back to Burma if danger remains."