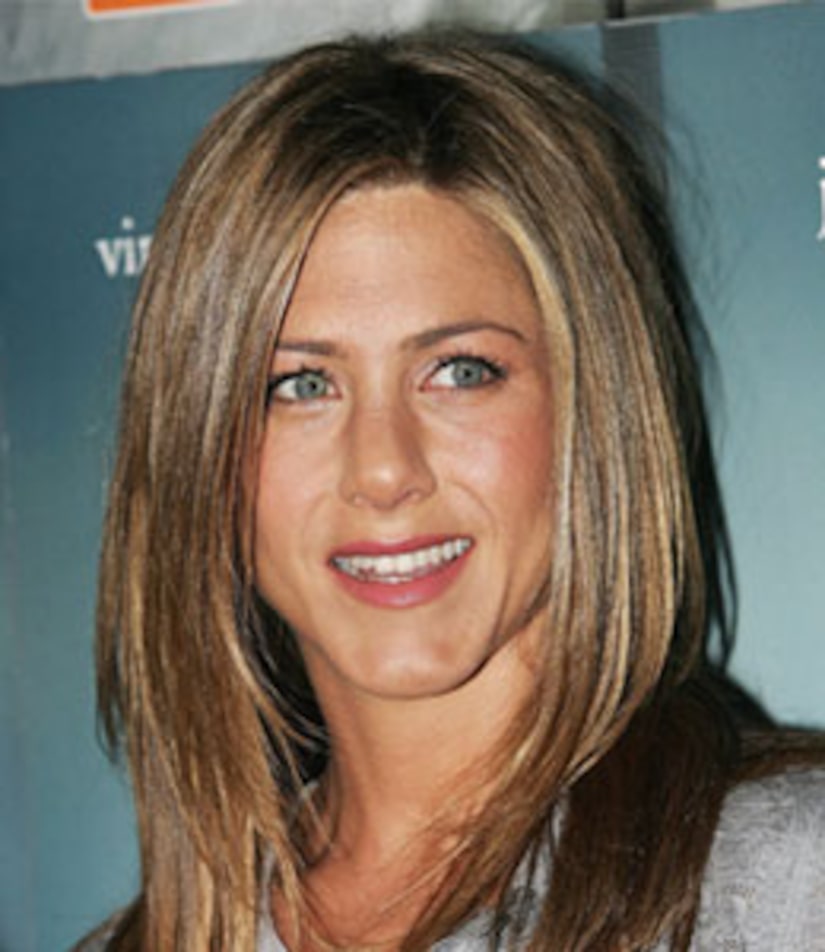 Jennifer Aniston has learned her lesson and the actress is sharing some dating advice. "Never order a cherry tomato!" Huh?

The "He's Just Not That Into You" star tells MTV News, "I was on a date with this guy ... there was a cherry tomato and he bit into it and it was all over my white dress. So that was just one side note. No cherry tomatoes!"

Aniston was married to Brad Pitt from 2000 to 2005. The 39-year-old is currently dating John Mayer and has been linked to Vince Vaughn and model Paul Sculfor.

Drew Barrymore, Scarlett Johansson and Ben Affleck also star in the romantic comedy "He's Just Not That Into You" -- in theaters February 6.