Has George Clooney been spotted out and about with a game show contestant!? 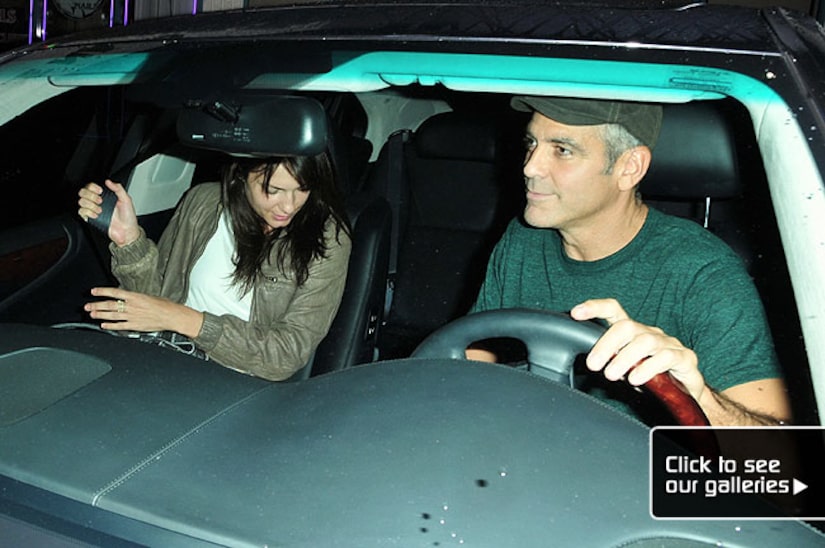 That's true! The brunette -- who has used three different names on at least four different game shows -- was spotted grabbing sushi with Hollywood's most eligible bachelor.

Kate/Katie/Stephanie has appeared on "The Price is Right" and "Hollywood Squares." She also reportedly won $350K on "Don't Forget the Lyrics!"