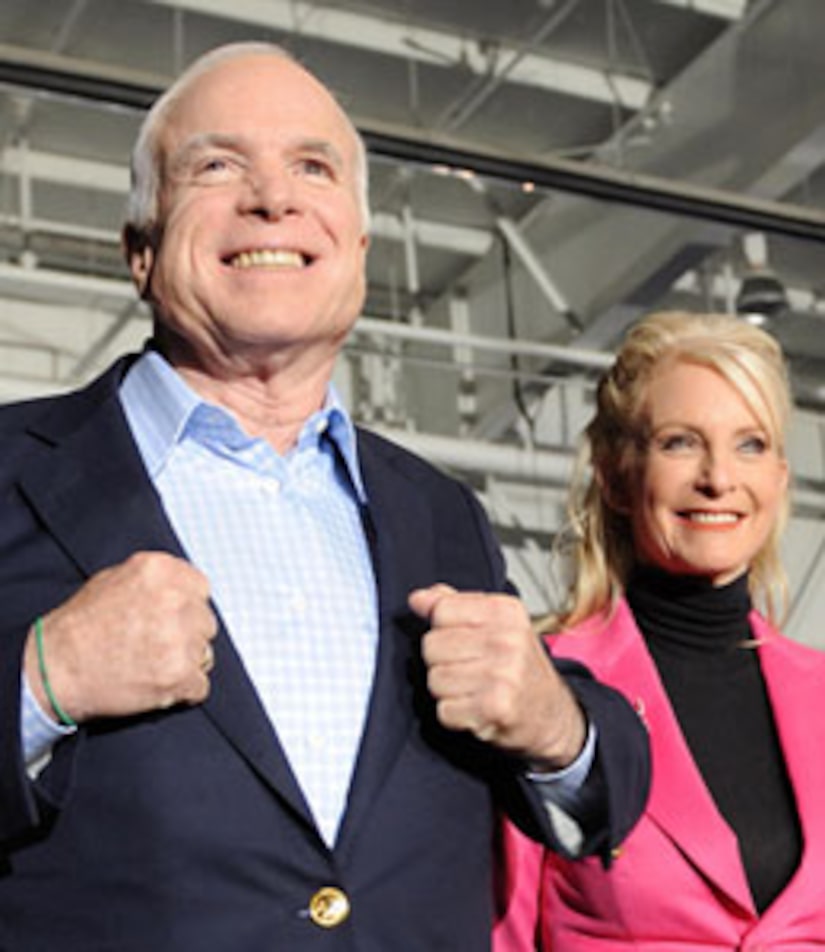 It's official: Cindy McCain was considering competing on "Dancing with the Stars" -- until hubby John nixed the idea!

The Arizona senator told Larry King last night, "Well, we discussed it ... but we decided it just was not a good idea. You know, Cindy's on her second knee. She's had it replaced... It would have been very challenging."