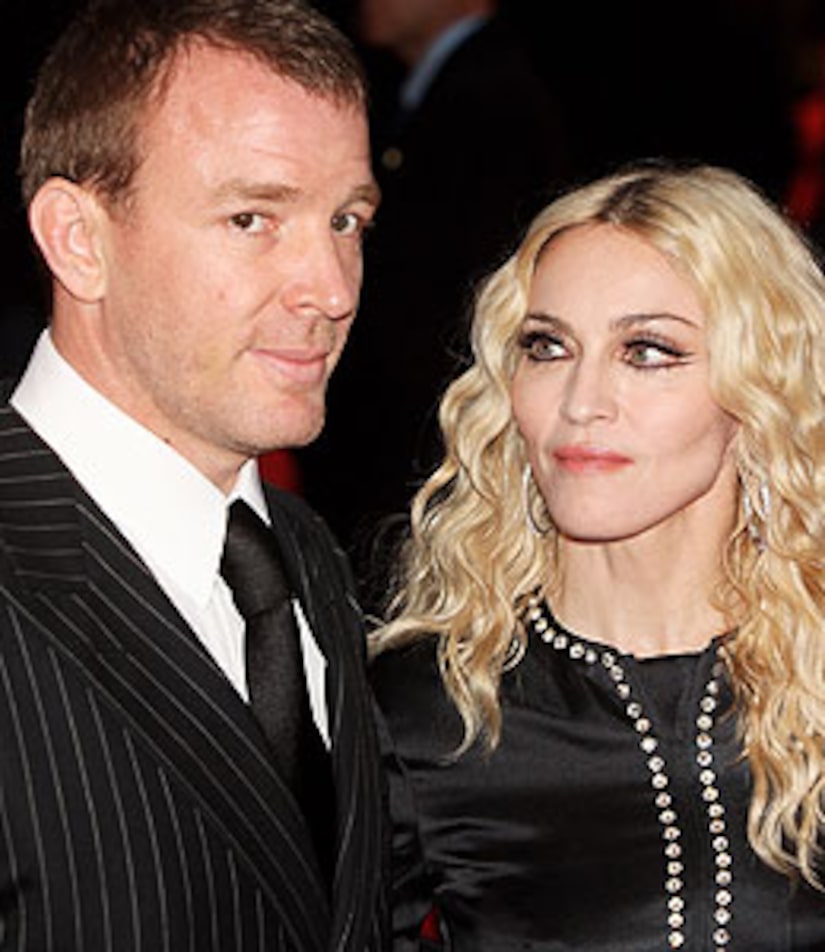 Rumor has it Madonna and Guy Ritchie have reached a divorce settlement -- and the Queen of Pop is forking over some mega-serious dough to her ex!

Madge's spokesperson, Liz Rosenberg, revealed to AP that the "Sticky and Sweet" singer has settled with her director ex for at least 50 million pounds... that's $75 million smackeroos!

"I'd assume it's one of the largest payouts ever in a divorce settlement," Rosenberg said. The rep went on to report that the sum included the couple's English country home, Ashcombe.

The finances have been settled, but Liz confirms that custody arrangements for the couple's children, Rocco, 8, and David, 3, have yet to be finalized.

Madge and her Guy were together for nearly eight years -- meaning the "RocknRolla" director got $9 million per year for the time he and Madonna were Mr. and Mrs.!