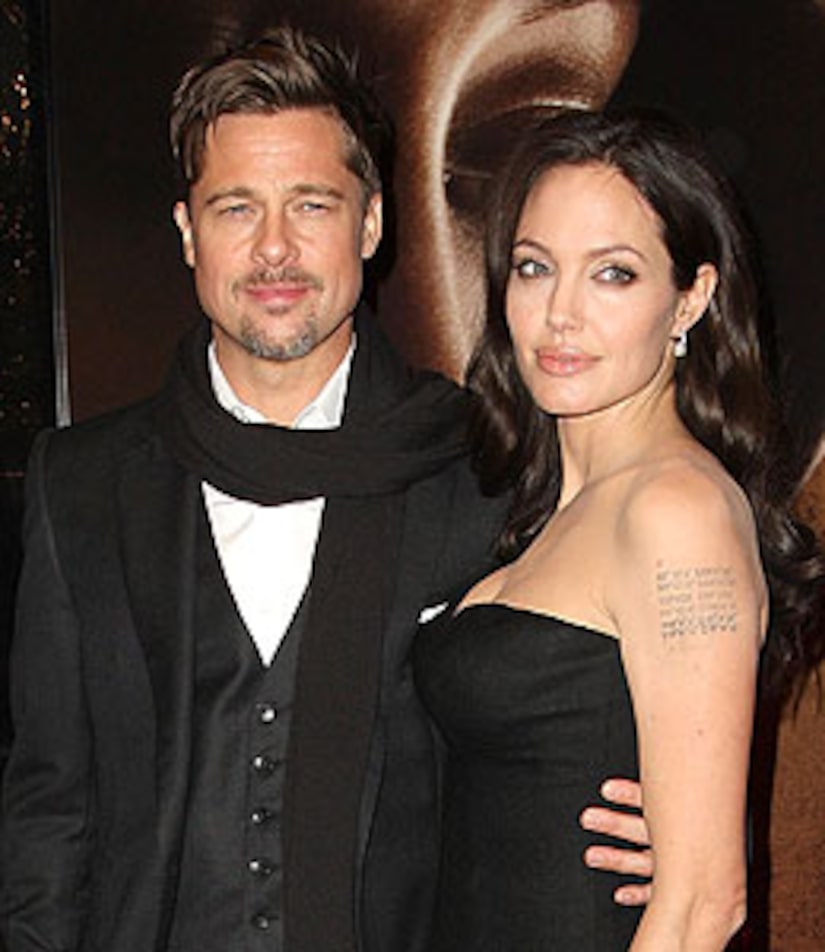 Brad Pitt hit the red carpet last night at the New Orleans premiere of "The Curious Case of Benjamin Button" -- and opened up about the security guard scuffle he was involved in last month.

"Do we need to clear the air?" Pitt asked "Extra" of the incident. "I don't know what it looked like -- I'm not sure what he was doing. He wasn't trying to keep the guys out that shouldn't have been there."

Nosy photogs seem to be one of Pitt's pet peeves. The father of six unleashed his frustration about the shutterbugs on "The Today Show," saying, "Let me be very blunt -- I hate these people. I have no respect for these people, I do not like them, and I don't understand how they can live their lives that way. ...We've got to make the distinction between people who photograph you at events, and people who climb over your walls wearing camouflage -- calling out your kids' names as you're trying to take them to school."

A mustached Brad told "Extra" he was trying to make a style statement with his facial hair. "I don't think stashes are respected enough," Pitt said, laughing. "It's political. It's a political statement."

The beautiful Angelina Jolie was also on hand to support her man, speaking only to "Extra," exclaiming, "I'm very, very proud." When asked if she had a nice Thanksgiving with her brood, Angie responded, "Yeah, we did. Wonderful. We all did chip in." Does that mean dad Brad helped with the cooking? "It wasn't me, but we ate like kings," revealed Brad.

Brad and Angie fell in love with the Big Easy, and bought a house in the French Quarter a couple years ago. Pitt has also devoted time and energy to his Make It Right Foundation, which has rebuilt homes for victims of Hurricane Katrina.