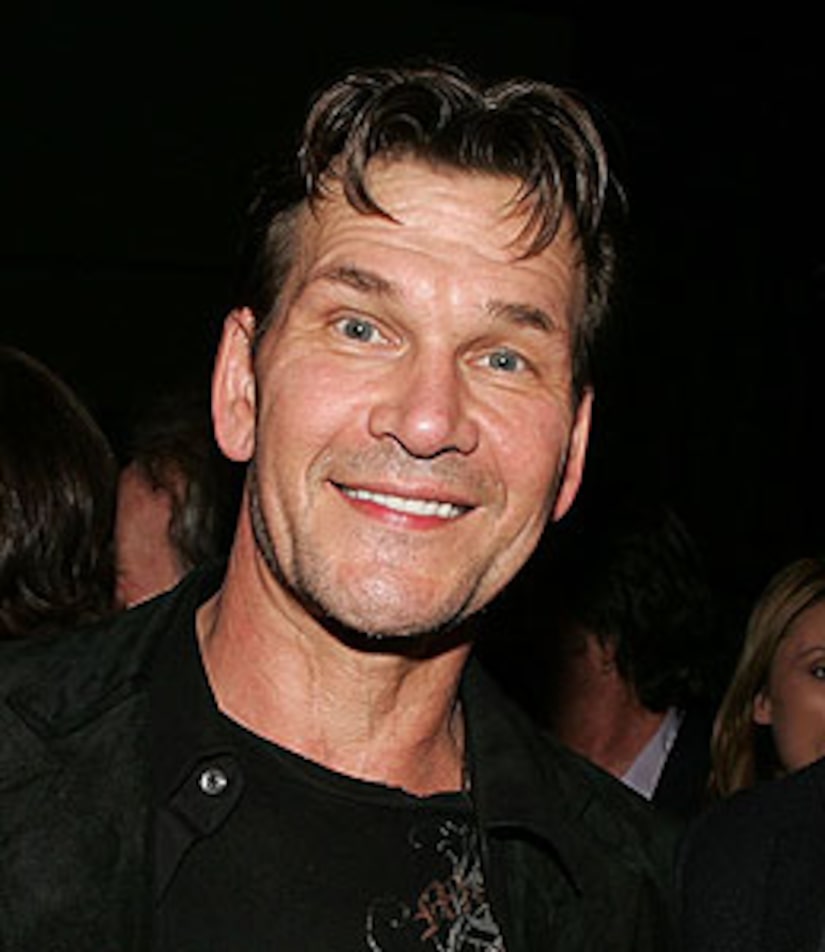 Despite his ongoing battle against pancreatic cancer, Patrick Swayze has finished filming "The Beast" in Chicago -- and hit the town to celebrate!

Swayze, who has been undergoing cancer treatment at Stanford Medical Center, was joined by wife Lisa Niemi and his brother Don at Underground in the Windy City to toast wrapping the show. "He had scruffy facial hair and looked relaxed, laughing easily," a club source told Us Weekly.

Patrick mingled with fans and co-stars, before calling it a night a little before 9:00 PM. "Patrick still looked healthy and rested when he left," the source continued. "He didn't appear drained by the appearance at the event."

Kevin O'Connell, who stars opposite Swayze in the A&E series, said Patrick's energy didn't drop on set. "He has so much energy that you don't think about his health. In fact, I look a lot more tired than Patrick does, and some of the other crew members look a lot more tired than Patrick." He added, "I loved working with him. He's just a great guy, and he cares so much about what he does."

"The Beast" premieres January 15 on A&E.