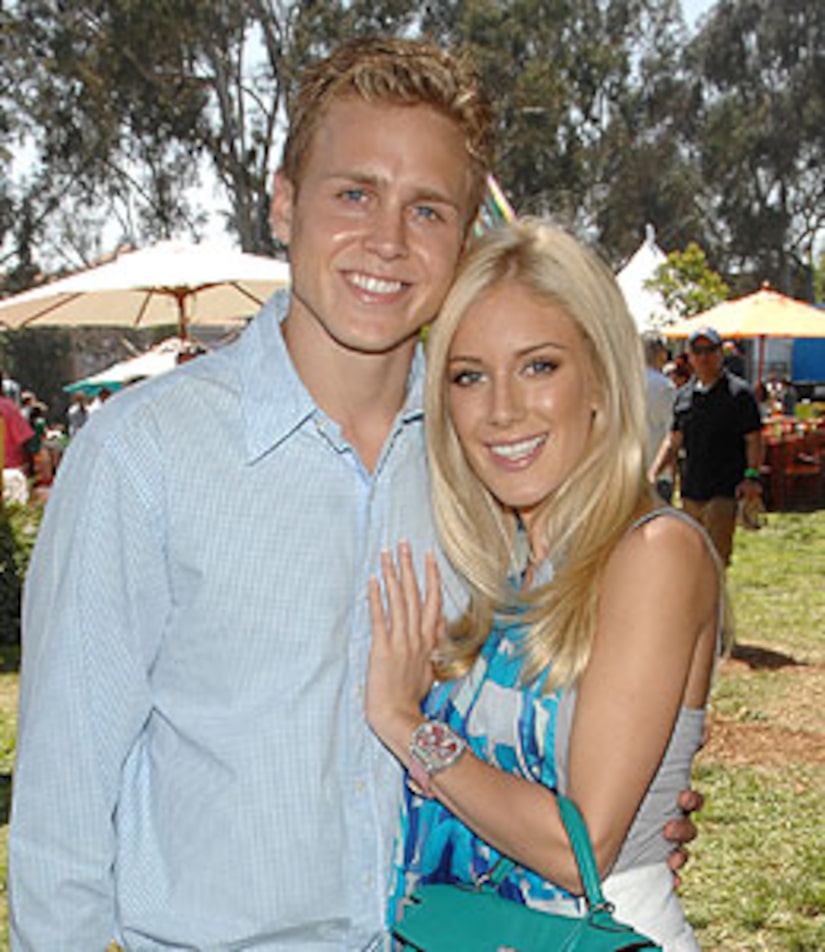 Heidi Montag and Spencer Pratt have been lovey-dovey for years -- but did the reality couple really get hitched in Mexico?!

According to Perez Hilton, that's true! The "Hills" stars have reportedly married south of the border, at the Palmilla Resort, just outside Cabo San Lucas. "The minute we said our vows, I couldn't stop crying," Heidi revealed to the celeb blogger.

Montag and Pratt have been dating since 2006, and their relationship is blamed for breaking up the friendship of Heidi and her former BFF, Lauren Conrad. "Extra" recently brought the frenemies together for a make-up session -- check it out! It's unknown whether we'll be seeing details on "The Hills."