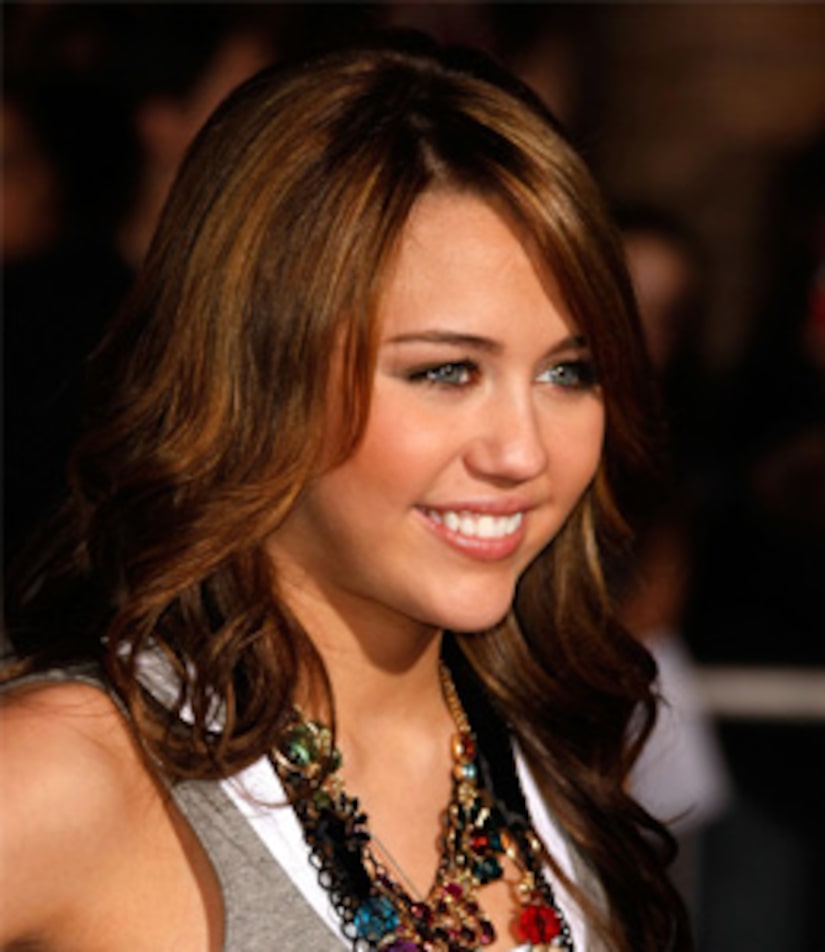 Yesterday, the net was swamped with rumors about Miley Cyrus kicking the bucket. The Disney diva told "Extra" in person, "I'm alive and well, all rumors are false."

Miley's YouTube channel had been hacked over the weekend, with a phony announcement being posted saying she was dead. A very much alive Cyrus walked the red carpet for the premiere of her new animated flick "Bolt," and the superstar says she's changing her passwords to prevent future hackings.

Season 3 of "Hannah Montana" premiered earlier this month on the Disney Channel.