Millions of people looked on as Oprah tearfully cheered as Barack Obama won the White House -- and moments later, a still-emotional Winfrey shared her elation with "Extra." 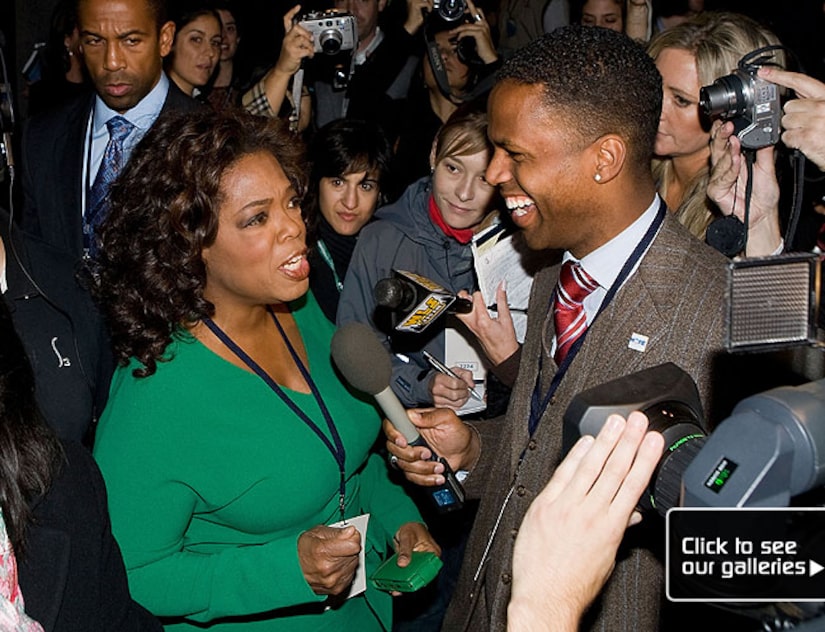 "I am just so happy now," said Oprah. "I was saying to people 20 months ago, 'You don't want to be on the wrong side of history'... I would have lost my soul if I had not stood up for Barack Obama and it was worth everything for me to do it."

The talk show queen added, "It feels like something big and bold has happened here... Like nothing ever in our lifetimes!" Oprah regularly stumped for the Illinois senator, and reveals that she has kept in touch with Barack via email. "I don't speak to him as much as we email. I'm just hoping the email address doesn't change!"

"Extra's" AJ Calloway was among the revelers in Grant Park as history was made, and he ran into Winfrey in the strangest of places -- outside the Porta Potty!

Ironically, Oprah dishes to Calloway that her Porta Potty visit was a first! "In all these years at every event, I've said, 'No, no, no.' I'm not going to do the Porta Potty... but tonight, I said I better use it."