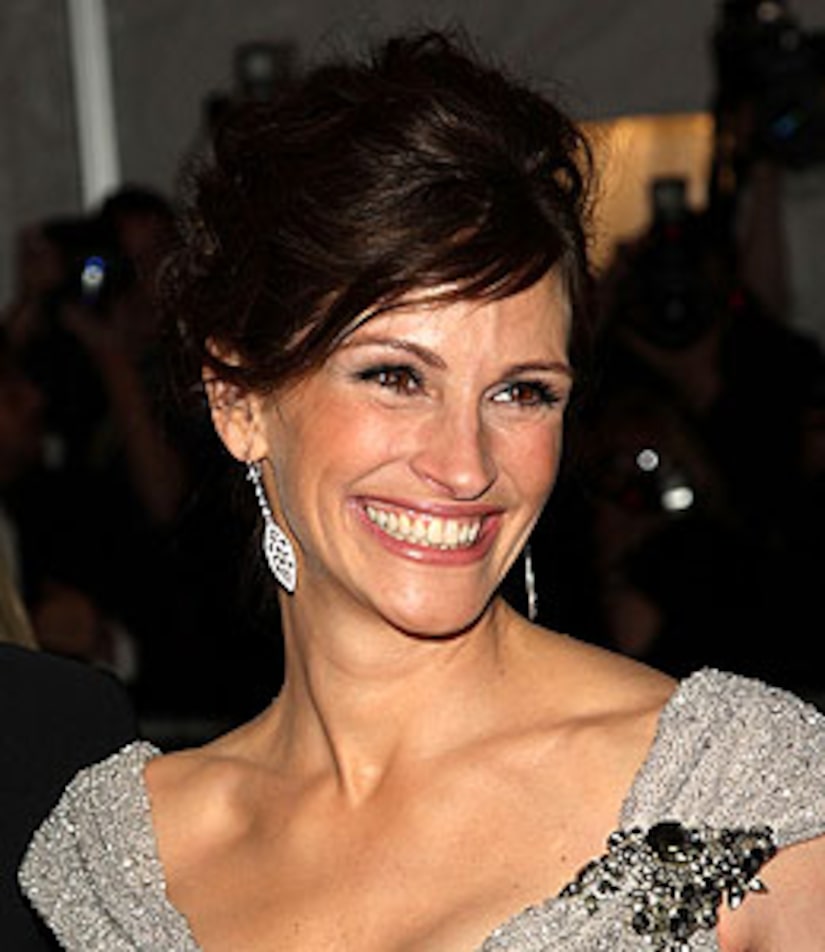 Julia Roberts looks fabulous at 41, but the mother of three reveals to "Extra" that she won't be slipping back into those thigh-high boots to reprise her role in a sequel to "Pretty Woman."

"No one wants to see an old hooker!" Julia exclaimed, "Do they?" Roberts joined fellow celebrity Jack Nicholson at a benefit for the charity of the late Paul Newman -- and admits that the "Shining" actor left her star struck while holding son Henry. "I was in the afternoon here during rehearsal and I had my baby with me," Julia confesses, "and it's chilling when Jack Nicholson goes, 'Henry, how ya doing kid?' It's like 'Aaahhh!'"

"Extra" then asked via Fan Cam about her favorite actresses. "Oh there's so many. Frances McDormand, Susan Sarandon, Annette Bening," she exclaimed.

With the election a week away, the talk turned to politics according to Julia. The actress brushed off the wardrobe debacle as the least of her worries about GOP ticket! "I could give two s***s about wardrobe," opined Roberts. "I don't think it's her wardrobe we have to worry about."