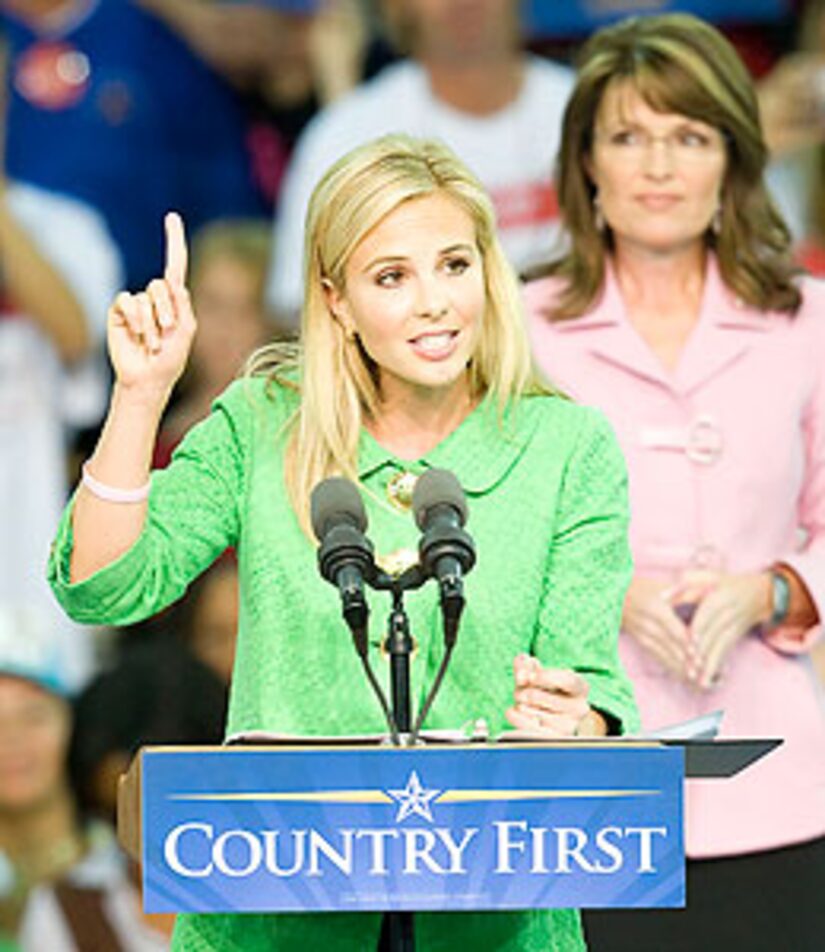 "The View" hostess Elisabeth Hasselbeck, who stumped for the GOP ticket at campaign rallies with Gov. Sarah Palin over the weekend, wants Obama back in the talk show's hot seat!

"My main focus now is to hopefully get Senator Obama back on the show," the former "Survivor" tells FOX News anchor Sean Hannity, as reported by OK! magazine. "The focus is more on why hasn't he come back? Is he afraid to face tough questions again? What's there to hide? I say, come back, answer the questions."

The Internet was abuzz yesterday with rumors that if McCain/Palin loses, Palin might team with Hasselbeck for a conservative talker on FOX.

The outspoken conservative also commented on Palin's clothing scandal -- accusing the media of sexism for blasting the Alaska governor for her $150K wardrobe. "I don't think anyone can deny the fact that the media has been incredibly sexist in their attack against her."

Polls show McCain is slipping behind Obama, but Elisabeth hasn't lost hope for the Republican Party. "There has been such enormous support for this team that I have a feeling that it's going to be closer than everybody thinks, I really do." She adds, "I know this is a cause close to my heart. I believe in this team. I believe we need -- we need them right now. We need them to create jobs."