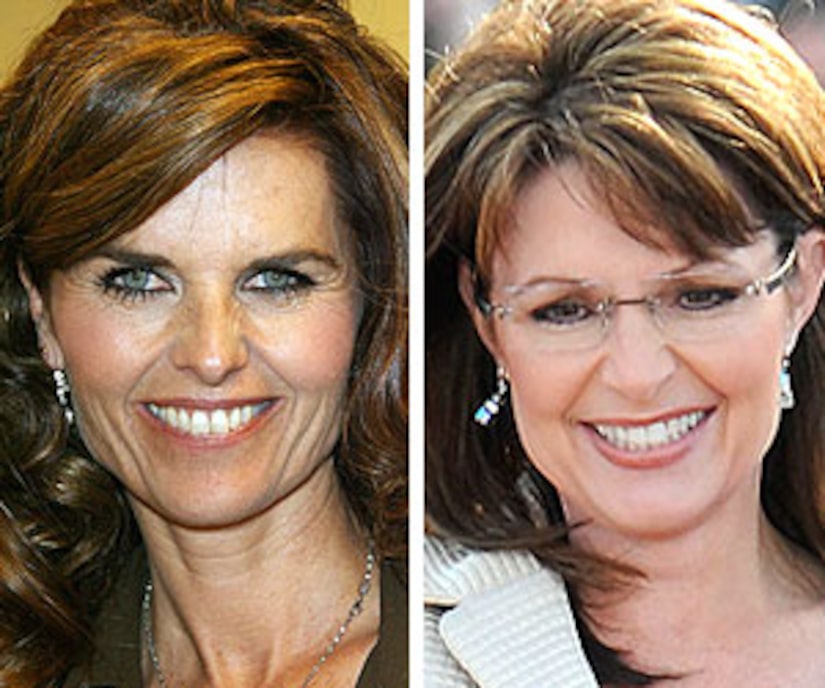 Sarah Palin has been blasted by the media for spending $150K on her campaign wardrobe -- and California First Lady Maria Shriver came to the Alaska governor's defense.

"I think sometimes we get off-message about someone's shoes and their pants and their clothes and the color of their hair," Shriver tells "Extra." Maria also discussed the line of appropriateness when criticizing the other party's spending -- and how it's changed since her highly-publicized political childhood. "I think that's an age-old question. Where is the line? It's moved a lot since I was a child of a public figure.

Shriver, a Democrat, has been happily married to Republican governor Arnold Schwarzenegger for 22 years -- and admits that there is no political party battle at their home on debate nights! "Actually every debate my husband has been out and I've had all my democratic friends over," Shriver laughs. "It's great!"

Heidi Klum joined Shriver at the 2008 Women's Conference, where the "Project Runway" style guru gave "Extra" her two cents about Palin's pricey threads. "Who am I to judge?" The supermodel asked. "Everyone has to have their own look and so does she."

While Klum shied away from condemning the GOP VP hopeful's fashion choices, Palin's fashion hits weren't enough to win Heidi's vote. "I just got my citizenship for America, so now I'm going to be voting too. I'm voting for Obama."

Autism activist Jenny McCarthy spoke out on whether Palin -- who, like Jenny, has a child with special needs -- can make a difference in Washington. McCarthy said that while Sarah has sympathy for the requirements of special needs kids, she's still unsure whether Palin can ignite change. "I don't know...she better speak up real quick."