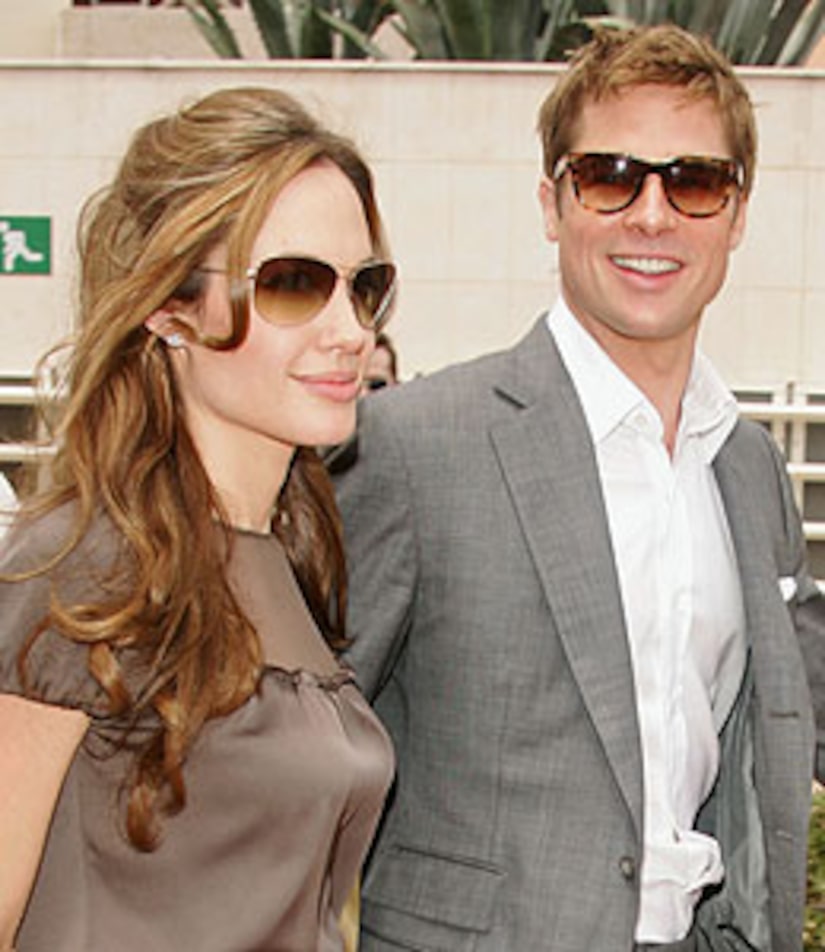 Superstar Angelina Jolie and Brad Pitt have been mum on details about when they got together, but did the "Changeling" star let it slip that the couple fell in love during the filming of "Mr. and Mrs. Smith"?

That's true! In a NY Times story, Angie was discussing her and Brad's brood when she said, "Not a lot of people get to see a movie where their parents fell in love."

The A-listers received media flack for their romance when they first went public -- because during the filming of the steamy action-packed flick, Brad was still married to actress Jennifer Aniston.