Sting and his wife Trudie Styler brought Madonna and Guy Ritchie together ten years ago -- and Styler tells "Extra" that she's holding out hope that the separated duo will remain friendly. 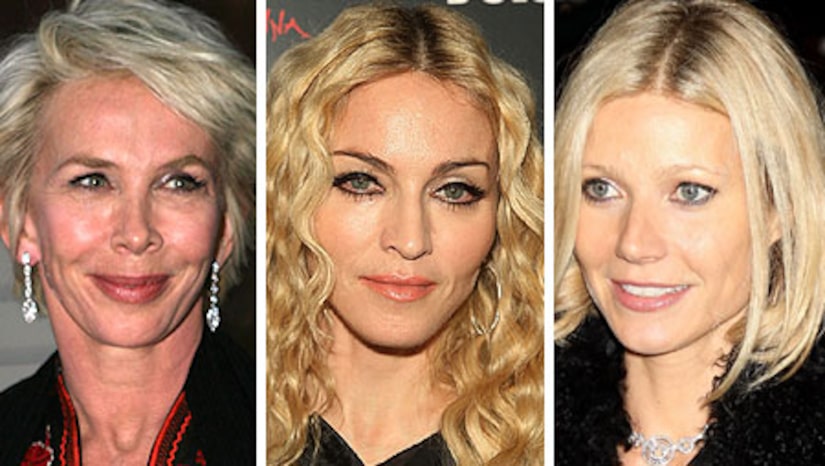 "I'm Rocco's Godmum," Trudie says of the couple's 8-year-old son. "I love my godson, and they'll work it out. They're both big enough people to become great friends in time and I'm sure that they will for the sake of their kids, if nothing else."

Madonna's best friend and gym partner Gwyneth Paltrow also weighed in on the Material Girl's split from Guy -- and told reporters that she's there for Madge. "I've spoken to her," Gwyneth said at the premiere of "Two Lovers" in London. "Breaking up is never something that's any fun for anybody, but she's doing well. She's okay."

Paltrow is married to Coldplay frontman Chris Martin, who is British, and splits her time between the UK and US, just like Madge. The two have been snapped exercising together.