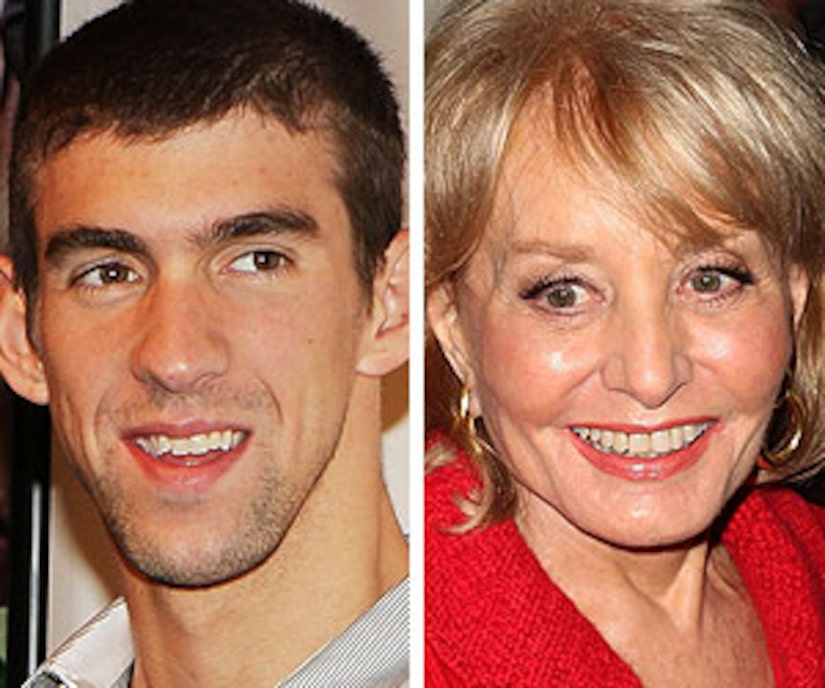 Aquatic golden boy Michael Phelps has been notoriously mum on his private life since being catapulted to international fame at the Beijing Olympics, but now word has it that he's dating the assistant of Barbara Walters!

According to the NY Post, that's true! The Speedo-clad swimmer is reportedly seeing the talk show host's assistant, Marina. The report says Michael and Marina attended college together.

In August, Phelps told "Extra" he plans to keep his personal life -- including romances -- out of the media. "Part of my life is kept to myself," Phelps explained. "I'm able to relax and be with my friends. Those pretty much are the only people who really know the answer to that question." The gold medalist was previously linked to California pageant queen Nicole Johnson.