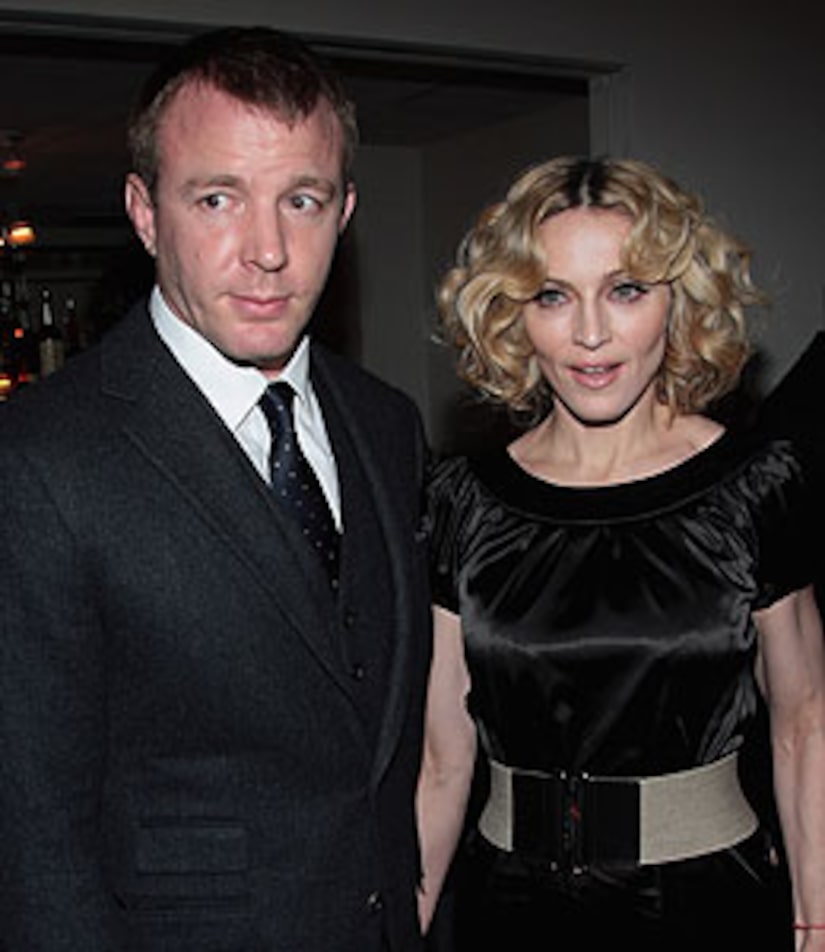 Madonna's divorce from Guy Ritchie has turned into an all-out war! The outrageous claims continue in the media, with reports suggesting Madge has been spying, and Guy has been freeloading off his super rich wife!

British tabloids report today that the "RocknRolla" director thinks Madonna has the staff at their London home spying on him -- to dig up dirt for their courtroom battle.

Us Weekly reports that Guy reportedly called his wife old, fat, ugly and wrinkled -- and stated that she was stupid and couldn't sing! More Madge confidantes spilled secrets to celebrity blogger Perez Hilton -- who told "Extra" that Ritchie was after the Material Girl's riches, which caused an even larger rift between the power couple. "Friends of Madonna tell me that Madonna paid for almost every single thing -- he's been spending Madonna's money and it was an issue."

Madge is reportedly planning to raise her kids -- Lourdes, 12, Rocco, 8, and David, 3 -- in New York. Her son Rocco was spotted yesterday sporting a Yankees jersey -- showing support for the baseball team of A-Rod, Madonna's rumored beau.

Rodriguez's ex-wife Cynthia resurfaced in Miami with a curious tummy bulge -- causing speculation that she's expecting. Meanwhile, Alex is said to be moving into Madge's Big Apple neighborhood. Today, another rumored man of Madonna, her ex Chris Paciello, denies reports of a relationship with the "4 Minutes" singer.

The pop queen continues her concert tour -- while her divorce continues to shape up, looking more "Sticky" than "Sweet."