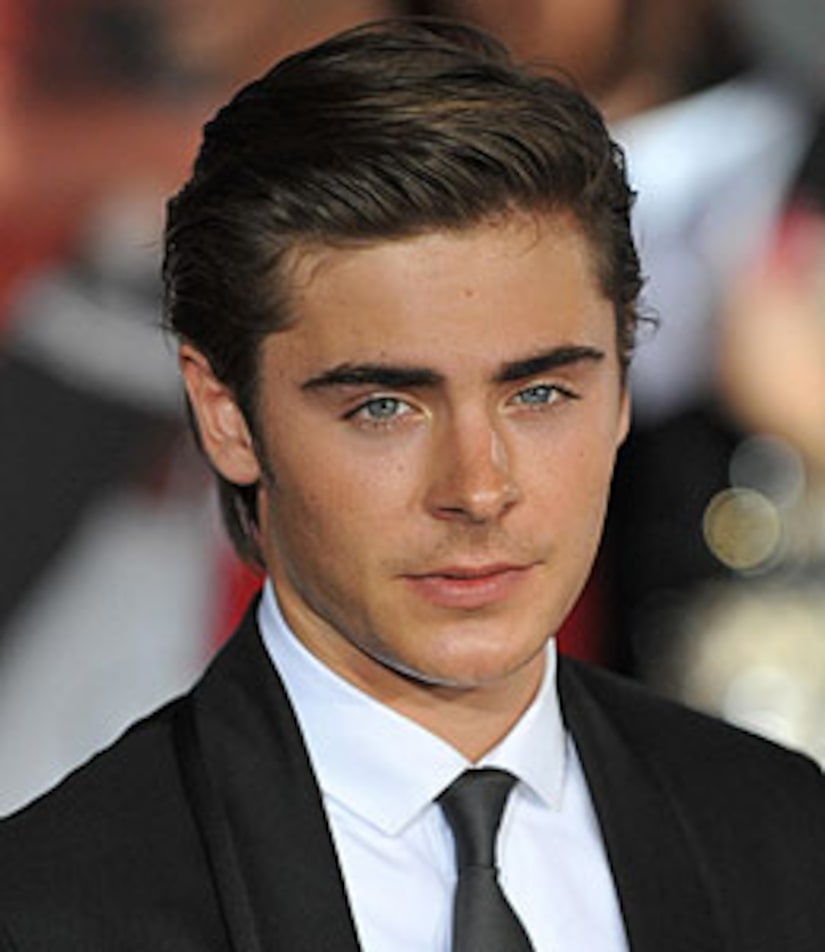 The blue-eyed teen idol rang in his 21st birthday by opting for an intimate dinner with family and friends rather than an all-night club bash. He hosted a group of friends at L.A.'s Pace restaurant, including his family, girlfriend Vanessa Hudgens, "HSM 3" co-stars Ashley Tisdale and Monique Coleman, and fellow actors Michelle Trachtenberg, Amanda Bynes and Brittany Snow.

Vanessa, who helped plan the birthday party, left the restaurant with Zac right before midnight, when the hand-holding duo disappeared into a car.

At the "HSM 3" premiere in L.A., Efron's co-star KayCee Stroh revealed that Zac was planning to celebrate with something low-key. "We're definitely going to party it up," she told People magazine, "but he's that guy that would rather sit down with friends and have a good discussion than deal with the craziness."