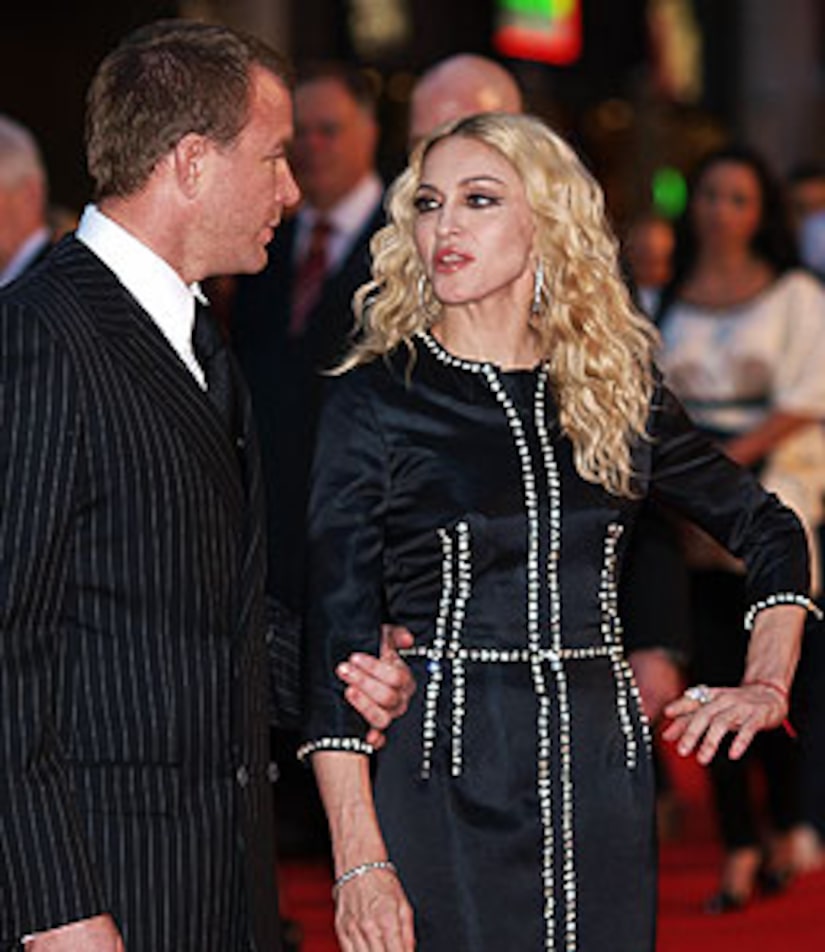 New reports say Madonna and Guy's marriage began crumbling -- after Madge's fall from a horse! Friends of the couple supposedly tell The London Sun that Ritchie showed a "complete lack of love and sympathy" after his wife fell and broke eight bones. A close friend told The Sun on Thursday, "From the moment Madonna fell from that horse, their marriage was doomed."

Madonna spent several days in the hospital after being tossed from a polo horse on her Wiltshire, England estate, telling fans, "I got on the horse and it went crazy." She broke multiple ribs, her collar bone and hand in the accident on her 47th birthday.