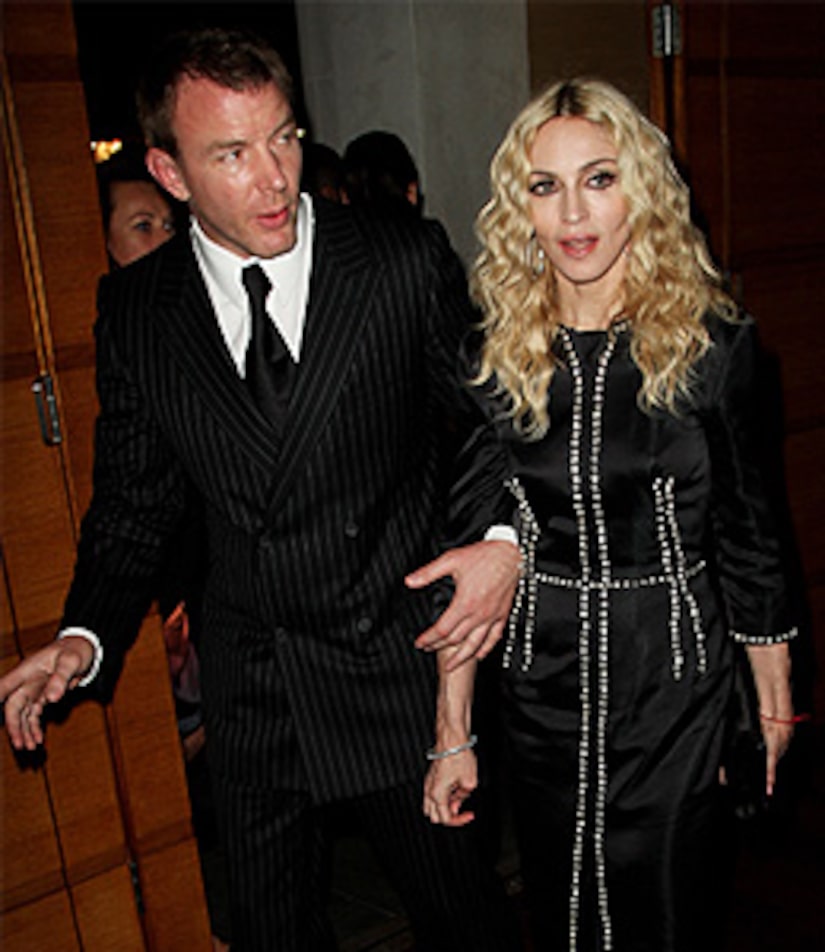 After rumors of indiscretions and whispers of turbulence, it's over between Madonna and her Guy.

UK tabloid The Sun broke the story of the Ritchie split -- and cited a highly placed source close to the family who said that shouting matches intensified and that the two simply couldn't live together anymore.

The announcement comes after months of speculation that Madge was cozy with Yankee star Alex Rodriquez, who divorced his wife just a month ago. Both Rodriguez and Madonna have vehemently denied rumors of being more than friends.

Guy revealed to "Extra" last month that he and Madonna were seeing less and less of each other because of their demanding work schedules. "I suppose we're both so busy we don't have time to necessarily see one another," Ritchie admitted.

Could differing beliefs in Kabbalah have something to do with the split? While Madonna has been a believer for years, Guy seemed to sing a different tune in an interview with "Extra." "I don't really understand Kabbalah as a religion," Guy said. "It's a belief system...it's not like a religion."

This "Sticky" and not-so-sweet situation could turn ugly when it comes to child custody -- and divvying up their fortune. Madonna and Guy married in 2000 in a lavish ceremony in Scotland. They have two children, Rocco and David. Madonna has a daughter, Lourdes, from a previous relationship with trainer Carlos Leon.