"RocknRolla" hunk Gerard Butler was spotted being very friendly with Travis Barker's ex-wife Shanna Moakler at the opening of Shin nightclub in Hollywood on Tuesday. 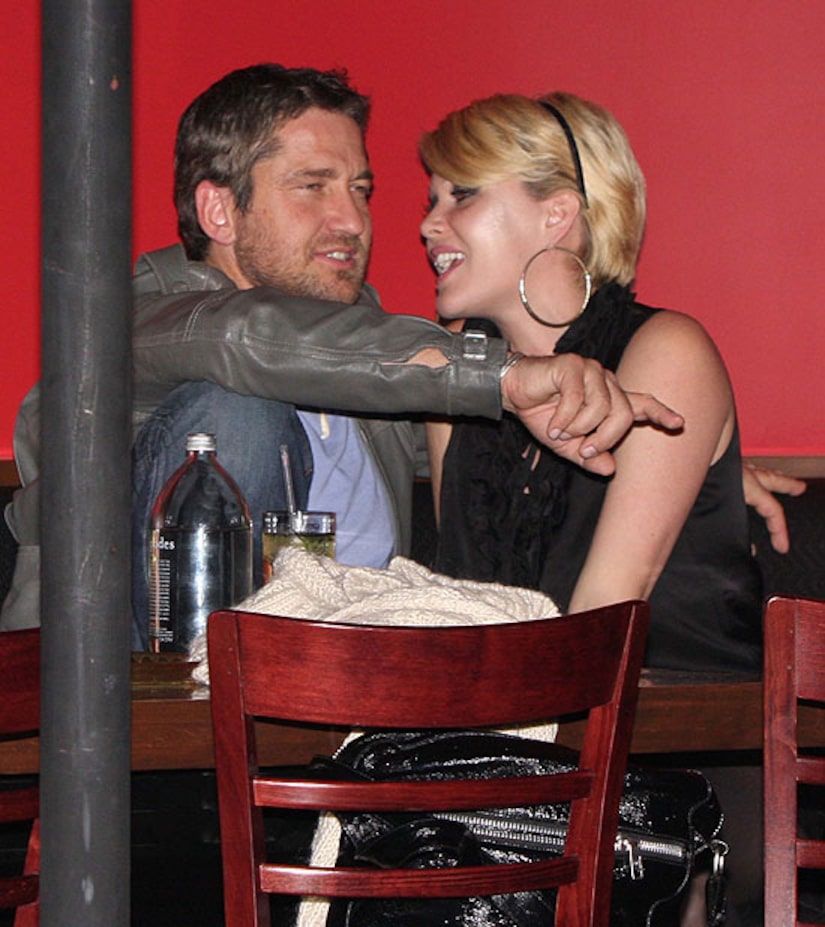 The former Miss USA and Butler were reportedly snapped chatting together and kissing at the lounge -- where, according to Us Weekly, Gerard was also serving up drinks behind the bar.

Moakler visited Barker's bedside three weeks ago after he sustained serious burns in a plane crash, and she has two children with him.