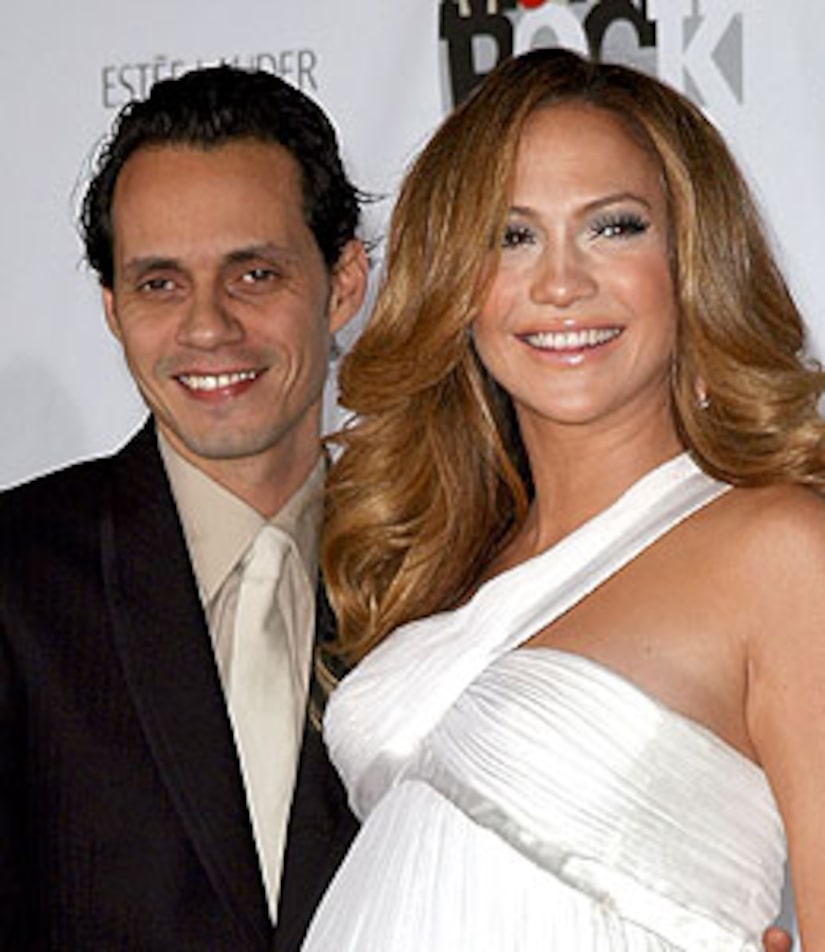 Jennifer Lopez and Marc Anthony have not only kept their four-year marriage alive in Hollywood -- but they renewed their vows this morning to show their love!

"It was totally a spur of the moment thing," a source reveals to People magazine. "They decided around 12:30 in the morning that they wanted to do it and started calling ministers." Lopez and Anthony settled on Rev. Steven Smith, who officiated the ceremony.

The lovebirds exchanged their vows at Caesars Palace's Forum Tower Penthouse after a night of partying at Pure nightclub. The previous night, the couple club-hopped around Sin City -- with onlookers believing that they were celebrating Marc's birthday from last month.

"Marc said they were in town for his birthday and wanted to celebrate," a Las Vegas source revealed.

The couple married in 2004, and welcomed twins Max and Emme in February of this year.