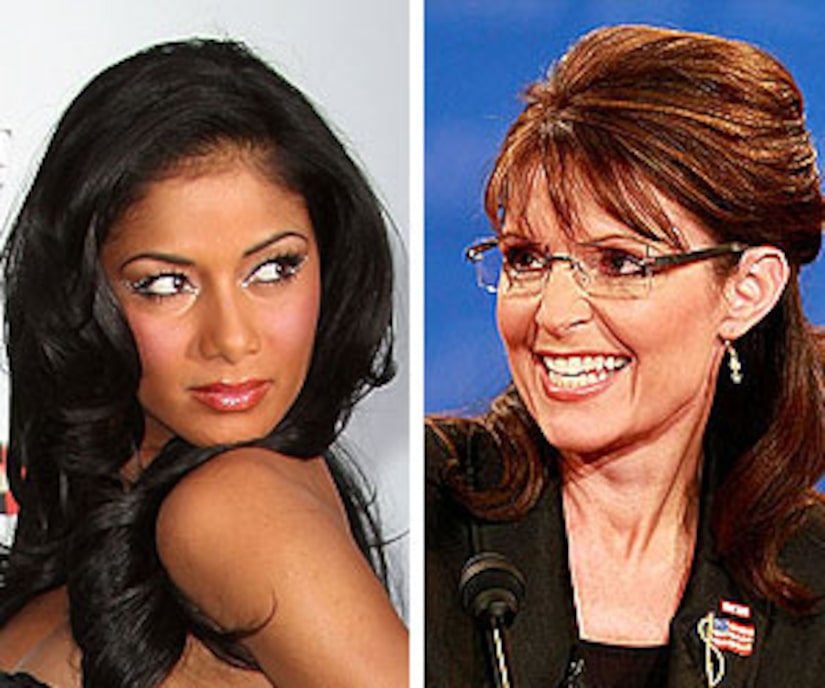 Here's an image hard to wrap your head around -- GOP VP hopeful Sarah Palin and... The Pussycat Dolls?! That's exactly what Dolls singer Nicole Scherzinger reportedly has in mind!

The "When I Grow Up" vixen supposedly invited Palin to join the Dolls if she isn't elected. Nicole reportedly said, "She seems like a headstrong woman, a tough chick. And she's hot."