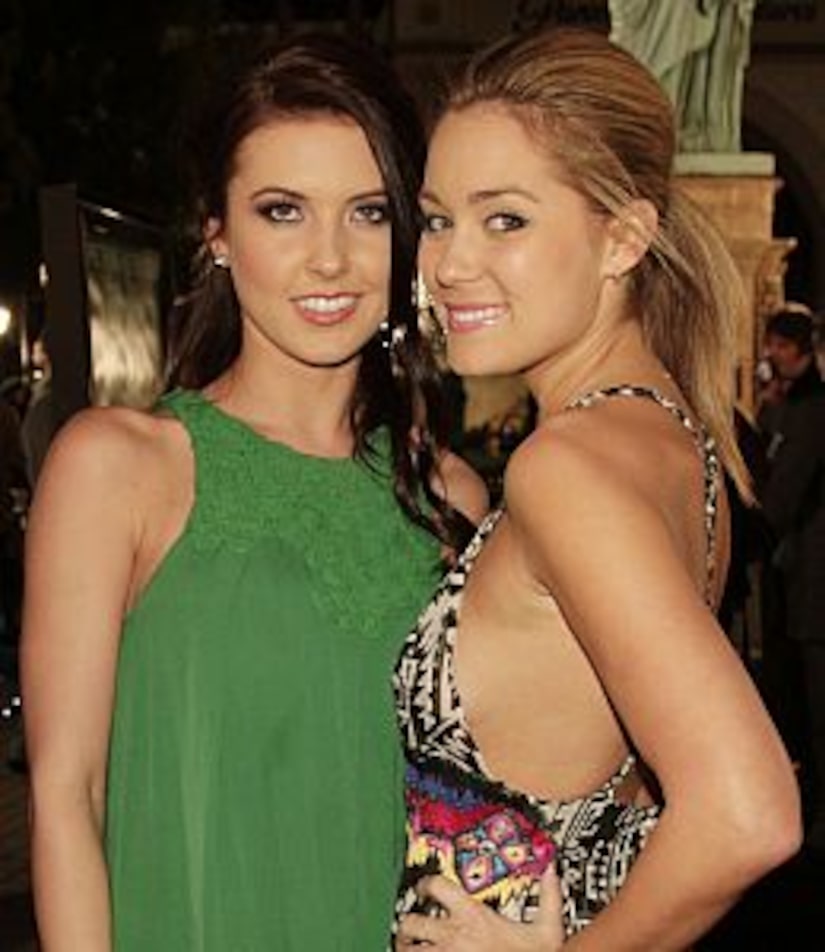 Former roommates Lauren Conrad and Audrina Patridge have taken to their blogs to set the record straight on rumors that L.C. hooked up with the "Into the Blue 2" star's on-again, off-again beau, Justin Bobby!

Patridge went to her official blog to vent about the rumors that Justin and Lauren went behind her back. "I'm not sure what to believe," she writes. "Though Justin and I have not been exclusive for quite some time, these rumors are very confusing and hurtful."

Conrad defended herself in her MySpace celebrity blog, vehemently denying the accusations. "This accusation is insulting on so many levels. I'm being accused of being a bad friend, a slut and a liar all at once. It would actually be funny to me if people weren't taking it seriously."

She also slams Justin's manners, and references awkward run-ins she's had with Audrina's man. "Do they think I was swept away by his wonderful manners and his commitment to my friend? I love it when guys burp in my face. So hot!"

Lauren ends her rant with a personal message to Audrina. "We promised we wouldn't let people get into our ears and make us fight. You KNOW I didn't do this and I have never given you a reason not to trust me. What you are doing is hurtful and I don't want to fight with you...you asked me if I did this and I told you I didn't."