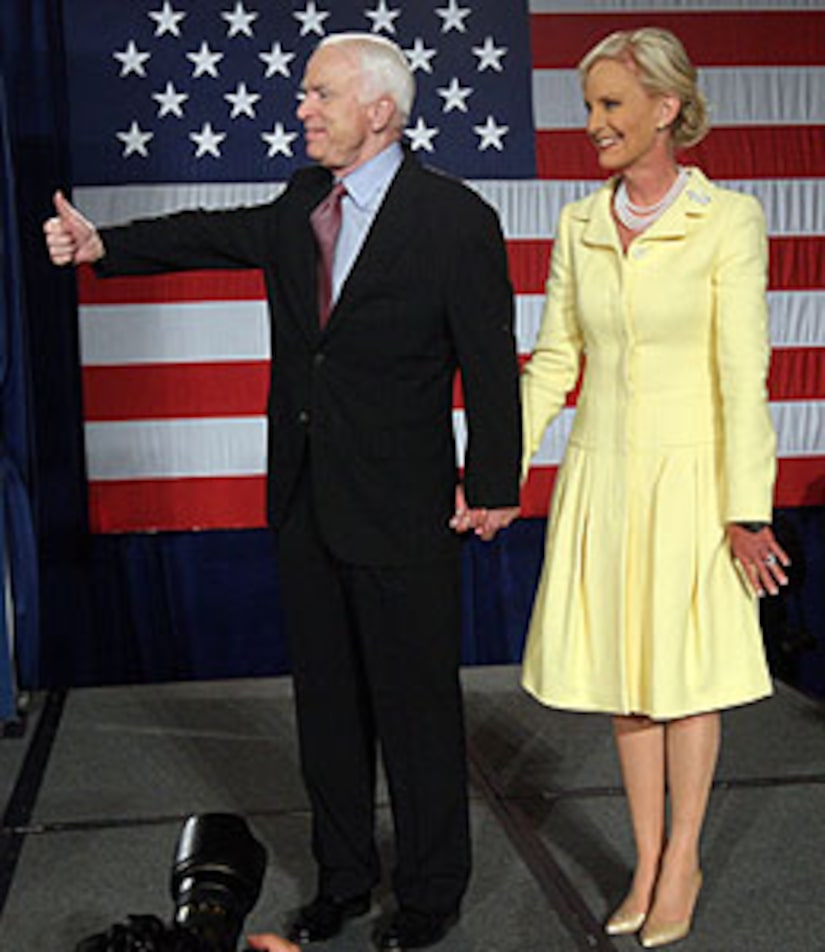 Is it true that both Cindy and John McCain lied about their ages when they first met?

Yes! They both fibbed about their ages when they met at a Navy cocktail party in Hawaii in 1979. John said he was four years younger -- and Cindy said she was four years older! The couple didn't come clean until over a year later.

The candidate's wife reveals on tonight's episode of "20/20," "We lied to each other about our ages and found out when we got our marriage license. Age didn't matter to either one of us." The McCains are 18 years apart and have been married for almost thirty.

Also on "20/20," Michelle Obama talks about how Barack popped the question. She tells Diane Sawyer, "The waiter came over with the dessert and a tray -- and there was the ring. I was completely shocked." Barack and Michelle dated for two years before they walked down the aisle in October 1992.

Catch the full interviews with the women behind the candidates when "20/20" airs tonight on ABC.