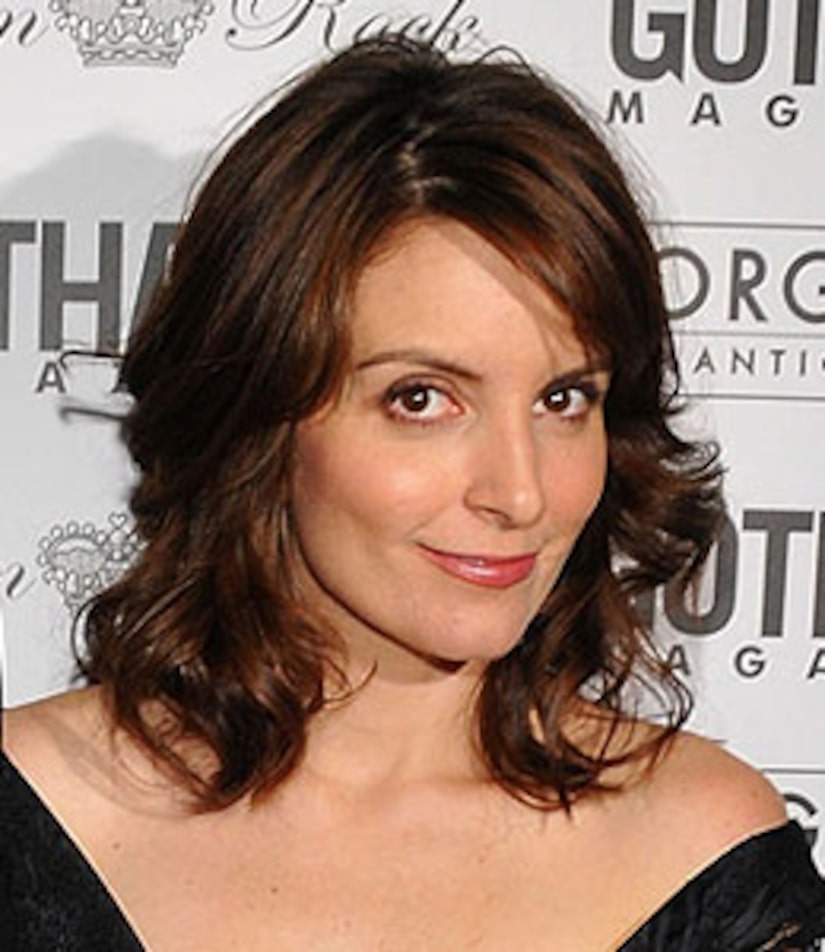 1. At Upper Darby High School in PA, Tina was a star on the tennis court, but considered herself one of the geeks. She was surprised to be named one of People magazine's "50 Most Beautiful" in 2003. She told the mag, "I was very honored to round up the bottom three ... I was like, 'I'll take it ... I'll gladly be the token unattractive person of the 50 Most Beautiful People.'" Fey is hardly a "token unattractive person" these days, as seen by her super glam Emmy red carpet style in a 1940s gown.

2. Landing a writing gig for "Saturday Night Live" helped her dreams come true. "I wanted to be on 'Saturday Night Live' when I was a little girl." She began writing for the sketch show in 1997 and became a cast member the following year. In 1999, she was promoted to Head Writer, "SNL's" first female to hold the job.

3. When Tina isn't acting, producing, or writing "30 Rock," she plays the role of wife and mom. Tina is married to composer/producer Jeff Richmond, with whom she has a 3-year-old daughter, Alice Zenobia. The same week Tina impersonated Palin on "SNL" and took home numerous Emmys, Alice topped her mom's big news, "My daughter started preschool this week ... that was the core of the week. That was the big event of the week and everything else was like what?! Sarah Palin, what?!"

4. Fey's Sarah Palin impression doesn't come naturally. It's a little more than lipstick, glasses and a French twist. Fey told "Extra's" Dayna Devon, "I asked them to glue my ears down cause my ears kinda stick out."

5. Last, and definitely not least, Fey could possibly follow in the footsteps of former "SNL" cast members turned authors, like Steve Martin, Kevin Nealon and Al Franken. Fey was reportedly offered a $6-million book deal. The New York Post reported a source says the book has been pitched as non-fiction humor, similar to Nora Ephron's bestseller, "I Feel Bad About My Neck."