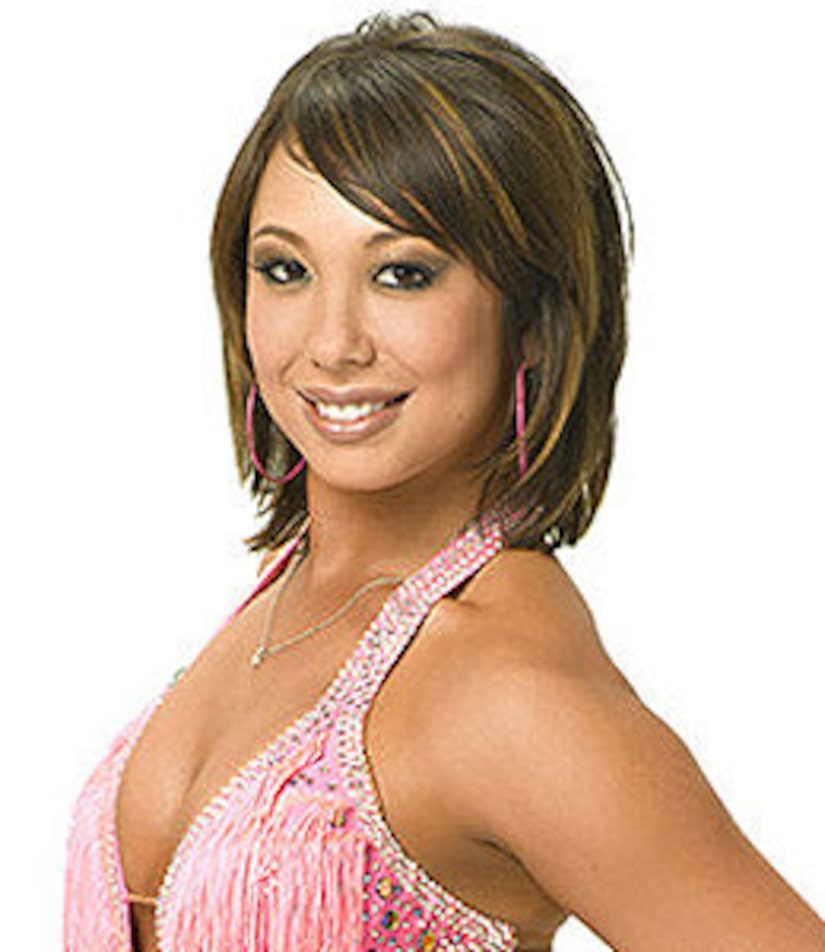 Last night's best "DWTS" performances were off the dance floor! The "Dancing" crew hit One Sunset in Los Angeles for singer Christina Milian's birthday -- and professional dancers Cheryl Burke and Maksim Chmerkovskiy raised eyebrows with a stroll around the block, holding hands! Is there a new romance brewing?

The quick-footed pals nipped that rumor in the bud! "We are best friends -- and we've been friends for a very, very long time," says Maksim.

Warren Sapp and Brooke Burke ended the night with the highest scores on "Dancing with the Stars" after they performed the paso doble for judges. The former football pro had the moves on the floor -- and shared a costume tip with "Extra" after the show! "Its manliner," Sapp joked of the eyeliner he was wearing.

Comic actress Cloris Leachman scored a low 15 for her paso doble with partner Corky Ballas, despite being a great crowd pleaser. The sassy 82-year-old has received low scores on all of her numbers, but has managed to stay in the competition with her show-stealing effort.

Will Cloris be asked to leave the dance floor? Find out tonight when "Dancing with the Stars" airs on ABC!