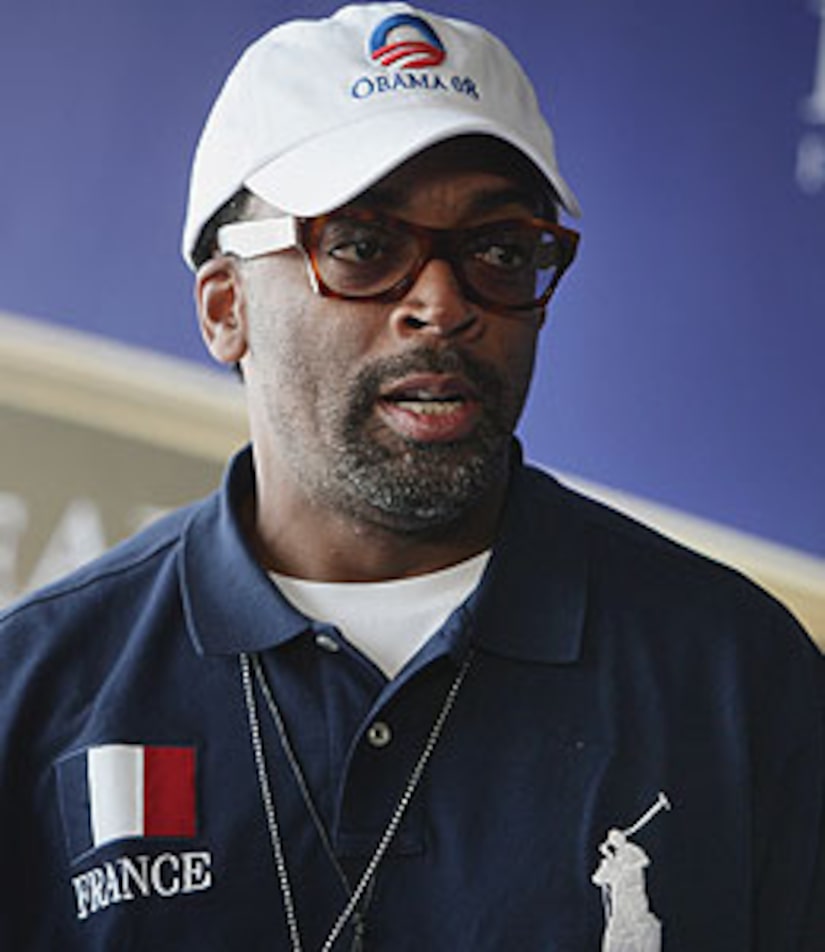 Barack Obama is rarely seen without wife Michelle campaigning by his side -- but the senator might never have married her without the help of director Spike Lee!

Lee dished to "Extra" that he met Obama at a Martha's Vineyard fundraiser when Barack was running for the Illinois Senate. Spike said the candidate came up to him and said, "You're responsible for Michelle being my wife. On the first date we went to see 'Do the Right Thing.'"

The director also talked about attending the DNC in Denver -- and the impact of Obama's historical acceptance of the Democratic nomination. "My wife and I were in Denver. I was having a good time because I was bearing witness to history being made, and it's not going to stop. History will be continually made on November 4th, and the pinnacle will be January 20th when the 44th President of the United States, Barack Obama, raises his right hand and puts his left hand on 'The Bible' and takes the oath."

Spike hopes Barack and other moviegoers will see his latest flick, "Miracle at St. Anna." The film follows four African-American soldiers trapped in an Italian village during WWII. Spike is proud to show African-American soldiers in his film, noting that they are often forgotten in WWII films. Clint Eastwood did not cast any black actors in his movie "Flags of our Fathers." Spike wants people to see that African-American soldiers fought too, "In his vision of Iwo Jima, negro soliders did not exists. Simple as that. I have a different version." But Spike insists, there is no beef between the two Hollywood heavyweights, "Me and Clint are cool. I'm never disrespected him, man."