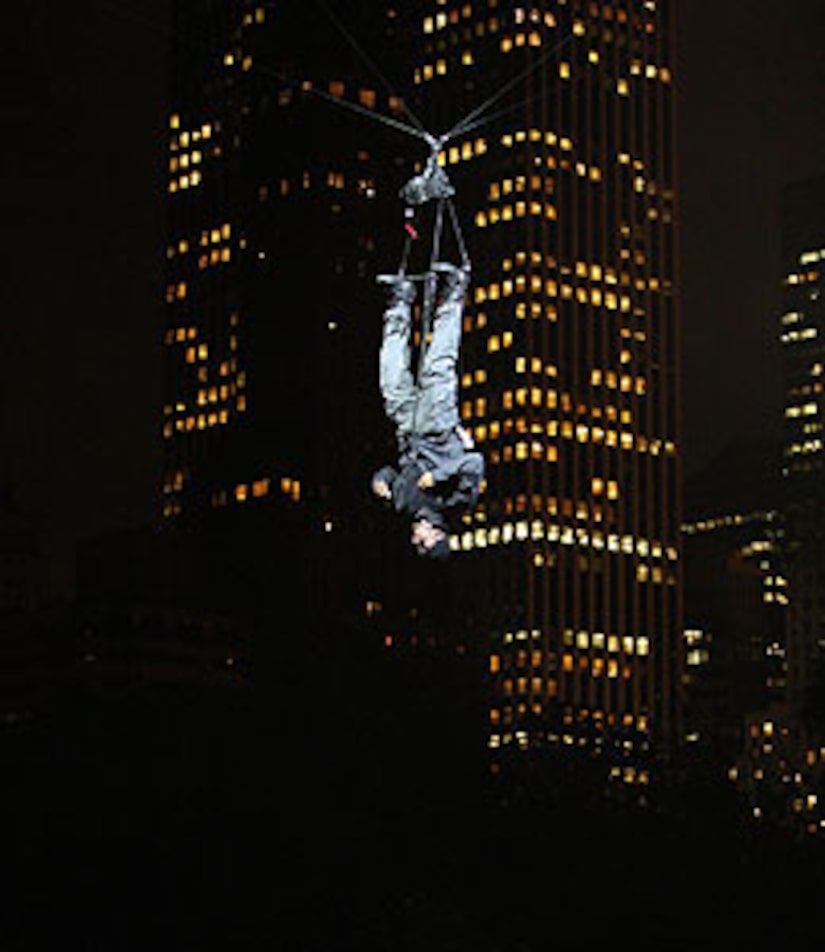 Illusionist David Blaine survived his 60-hour stunt, "Dive of Death." Blaine hung upside down in Central Park from a cable attached to a steel structure built above the Wollman ice rink.

With safety in mind, Blaine took regular water breaks, requiring him to be upright for brief medical checks.

The stunt lasted from Monday to Wednesday, concluding with a two-hour television special. Like a true magician, Blaine ended his suspension stunt with a disappearing act -- by plummeting 40 feet and disappearing into the night.

This stunt was the latest of his public tricks in the Big Apple. In 2000, the daredevil spent 61 hours inside a block of ice in the middle of Times Square. In 2002, Blaine stood for 35 hours atop a 90-foot pillar behind the New York Public Library. In 2006, he lived for a week underwater in an acrylic sphere in front of Lincoln Center.