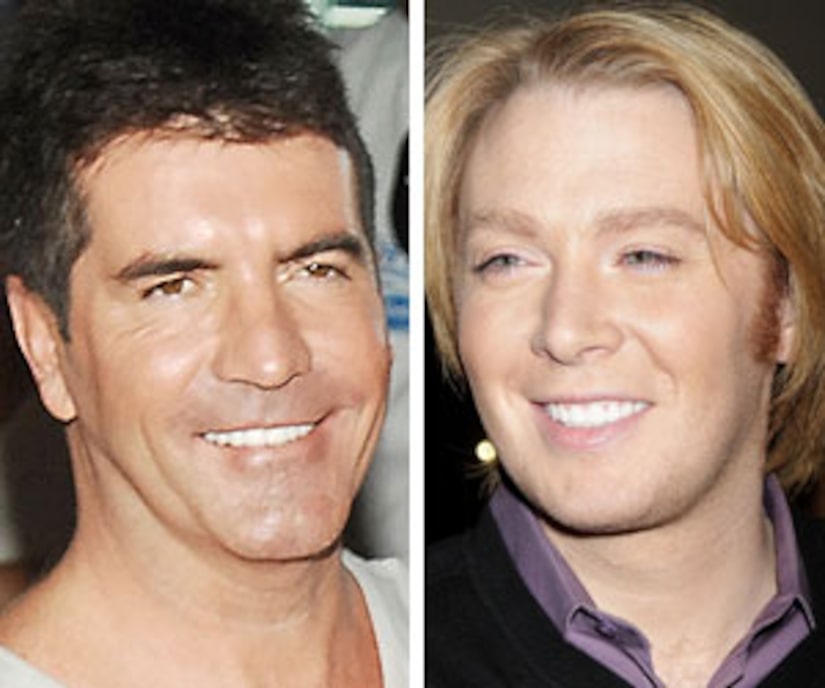 "Extra" caught up with "American Idol's" Simon Cowell, who when told Clay Aiken had come out to People magazine, jokingly responded, "Wow, that's a shock. It's like being told Santa Clause isn't real -- unbelievable."

Cowell then softened and encouraged Aiken with "Good for him. If he said it, it's the right thing for him. Good for him." As for how Aiken's fans will react, Cowell opined, "I don't think anyone cares. Let's face it. It's 2008. You know, who cares?" Did Aiken really ask Cowell to be the godfather of Parker? "No," Simon dishes, "I don't know him well enough, and I think I'd be the last person on Earth he'd call."
*N Sync alum and now dancer with the "Stars" Lance Bass, also openly gay, had encouraging words for Aiken. "I think it's amazing. He's probably heard it all before... He's just going to be living his life like he wants to. Everyone's going to be very supportive and he's going to be the happiest he's ever been."

Bass also revealed that Clay's sexual preference probably wouldn't affect his female fan base, saying, "I swear, when I came out, I had more female fans."