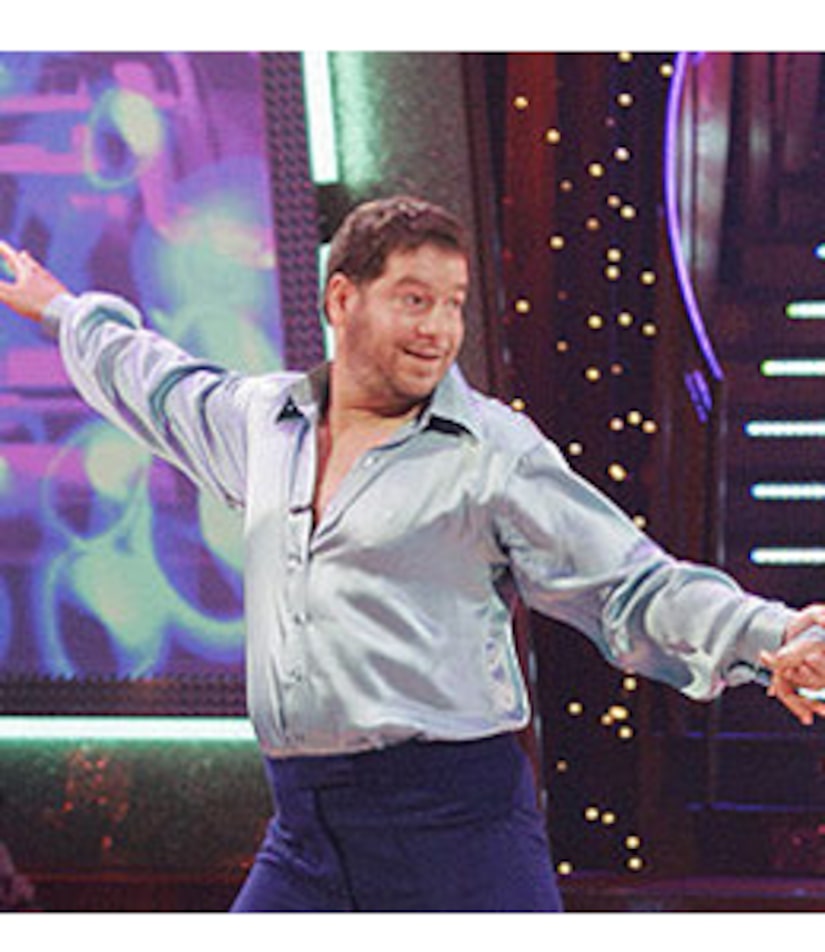 Comedian Jeffrey Ross is the first celeb to be kicked off "Dancing With the
Stars" season seven.

Ross was wearing an eye patch from an injury sustained in rehearsals on Monday, when partner Edyta accidentally poked him in the eye. Said Ross, "They told me that Edyta was going to be easy on the eyes. I figured, for sure, it would be her husband who poked me in the eye, not her."

Ross proudly stated, "I would have to say that I am more of a ha-ha-ha than a cha-cha-cha." And America agrees.