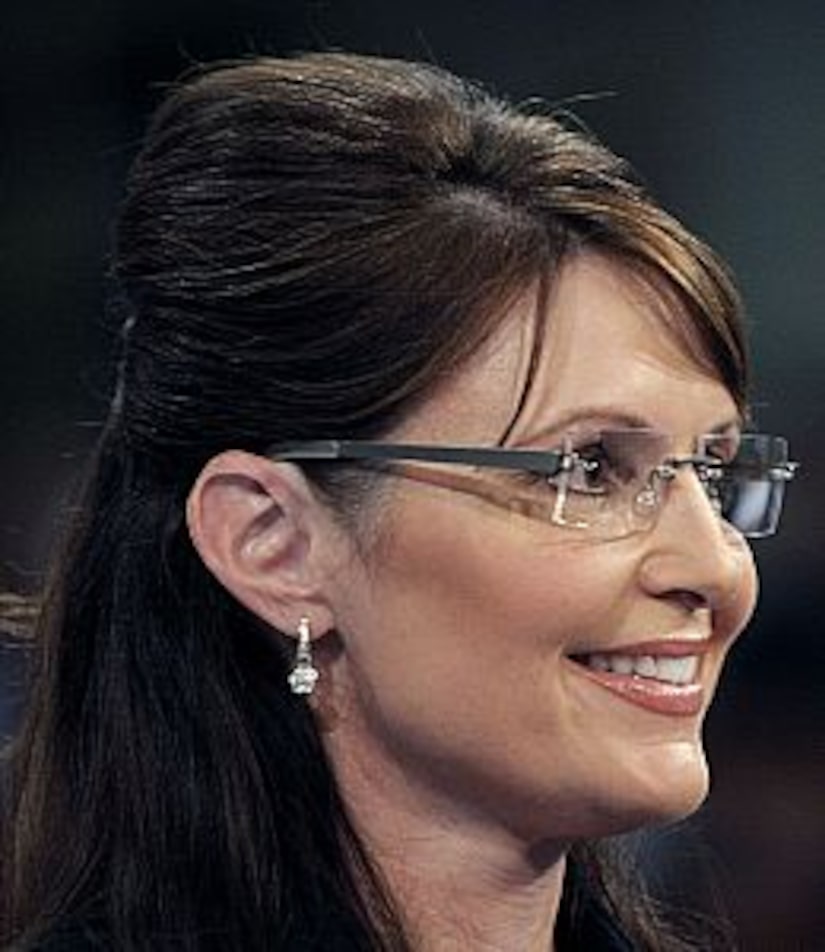 GOP VP nom Sarah Palin was impressed by Tina Fey's impression on "Saturday Night Live" last weekend. While McCain's camp called the skit "sexist," Palin says she was thoroughly entertained! "I thought it was hilarious... The visual was spot on."

Tina stopped by "SNL" to open the show as Palin -- dressed in a conservative crimson suit and the governor's signature updo and silver specs. But the role goes both ways; Palin told reporters, "I dressed up as Tina Fey once for Halloween."

The skit has now been widely seen on the net, and everyone's wondering if Fey will return this week for another lampooning of Palin!