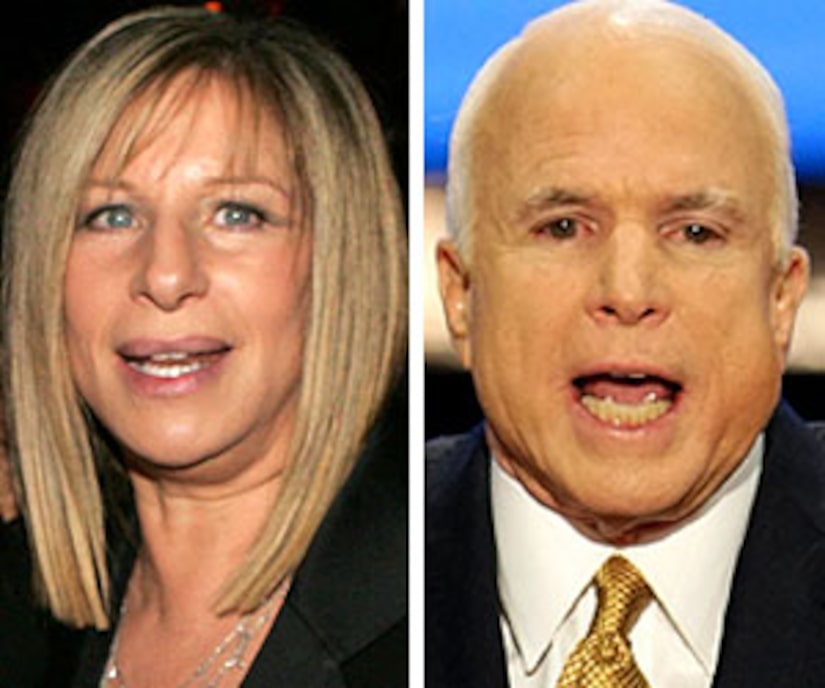 Political activist Barbra Streisand took to the Internet with some fervent political activism -- and Funny Girl is not amused by John McCain's veep choice of Sarah Palin!

The outspoken Hillary Clinton supporter ranted in her blog about McCain picking Palin as his running mate, calling the choice "desperate and irresponsible." Babs also accused the GOP nominee of pandering to women who may go for the ticket simply because Sarah "has two X chromosomes."

Streisand, who threw her support to Obama when he landed the nomination -- will be hosting a $28K per plate benefit for him in Beverly Hills.