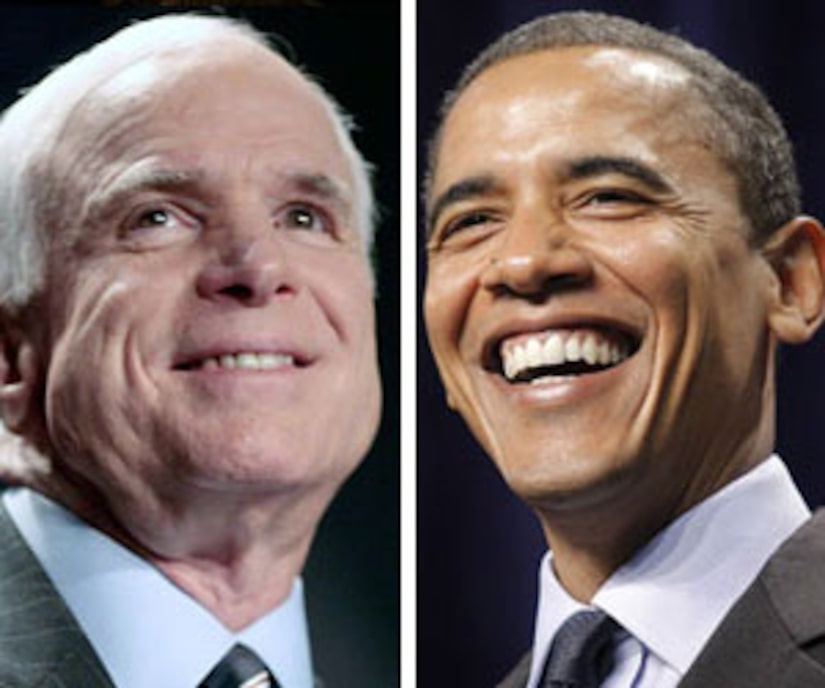 Presidential hopefuls John McCain and Barack Obama have been taking swipes at each other on the campaign trail -- but have decided to put politics aside to come together on the seventh anniversary of the September 11th attacks.

The GOP and Dem nominees released a statement today, saying that they will visit Ground Zero "to honor the memory of each and every American who died" in the NYC attacks.

According to AP, both of the senators' camps have agreed to not air negative campaign advertisements on 9/11, in honor of the joint appearance at the World Trade Center site.