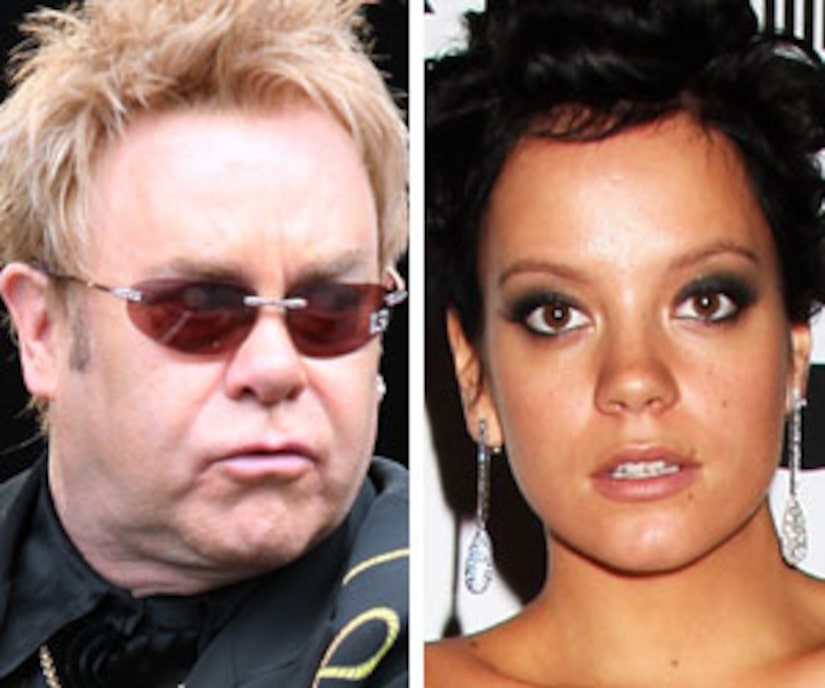 Brit pop princess Lily Allen took on music legend Sir Elton John at the GQ Men of the Year Awards -- and Elton put the "Tiny Dancer" in her place!

The unlikely duo co-hosted the awards -- and exchanged a potty-mouthed rant after Elton poked fun at Lily's apparently tipsy condition. At one point Lily announced, "Now we reach a very special point in the evening." John replied, "What, are you going to have another drink?"

Lily then lost her cool, snapping, "F--- off, Elton! I'm 40 years younger than you I've got my whole life ahead of me!" Elton calmly retorted, "I can still snort you under the table."