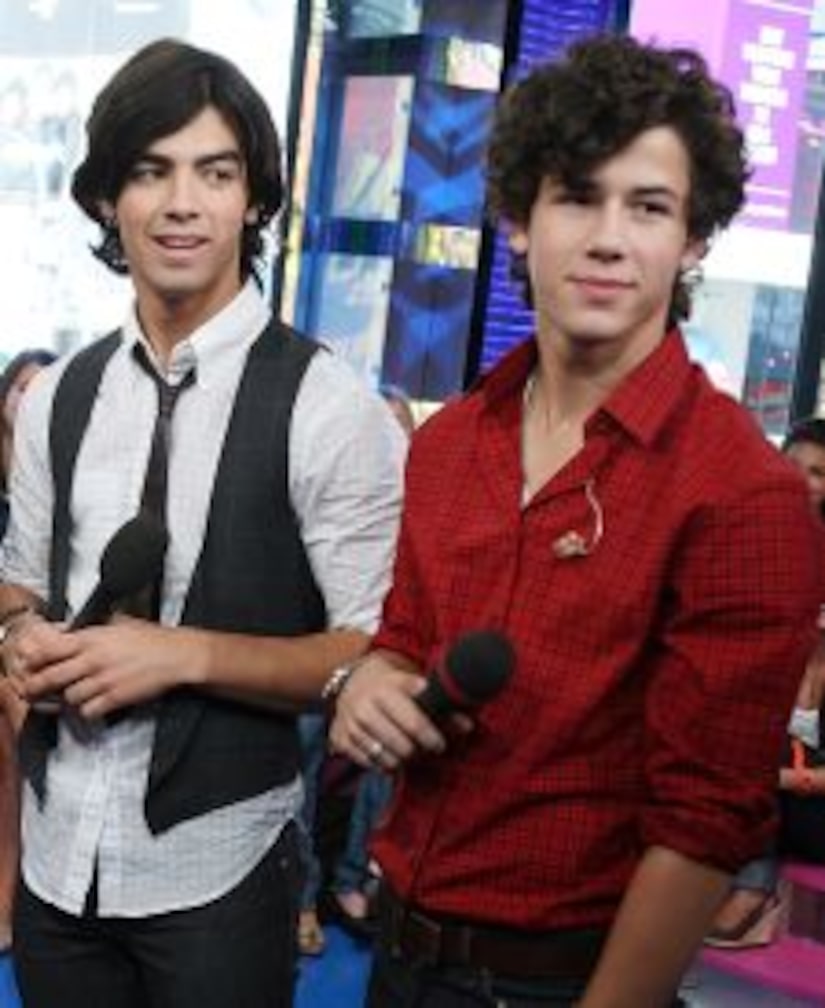 The "Burnin' Up" brothers have denied cozying up to anyone to "Extra" -- but Nick and Joe are feuling romance rumors after sharing an intimate dinner with Taylor Swift and Selena Gomez!

The Jonas Brothers dined with the country singer and Disney starlet at Tao in New York on Thursday night, reports Us Weekly. Swift has reportedly been dating Joe since making a cameo in a Jonas Brothers flick, while Gomez and Nick have publicly denied their rumored relationship.

Taylor and Selena were snapped holding hands coming out of the Big Apple eatery. Brother Kevin, 20, also ate dinner with the foursome.