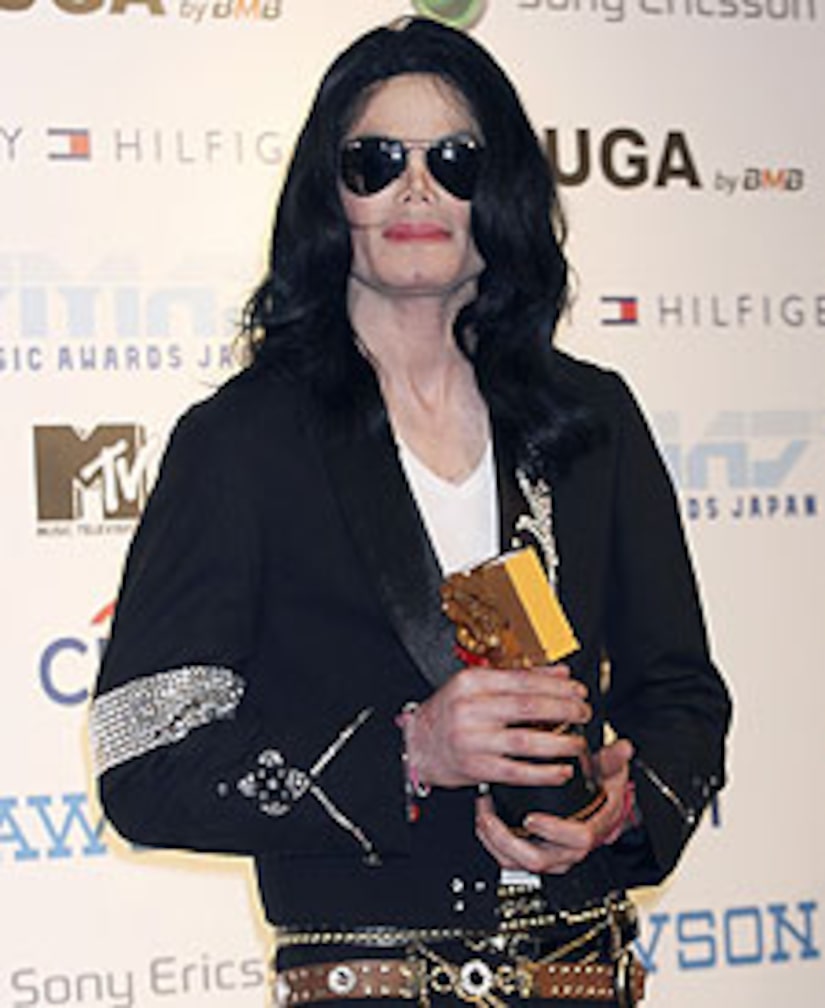 The King of Pop came out of hiding to grab a bite Sin City, sporting a well-pressed tuxedo jacket over pajamas -- and looking scary skinny!

Yesterday's dinner -- rumored to be an early birthday celebration for Jackson, who turns 50 tomorrow -- marks one of several public outings the normally reclusive star has made recently. Jacko was spotted wearing a Jackson 5 jacket in Malibu earlier this week -- sparking buzz of a reunion.

Hip-hop star Ne-Yo confirms that he's been working with Michael on some new tunes, saying, "He's doing new stuff -- he's got a new album coming out." Jackson brother Jermaine dishes about the possibility of a Jackson family comeback, saying, "We're talking, and Michael -- he's acceptable to it." Sis La Toya adds, "Everybody -- I'm getting sweaty just thinking about it!"

Nothing has been confirmed yet, but rumors are buzzing that the "Thriller" star is set to appear at the VMAs on September 7.