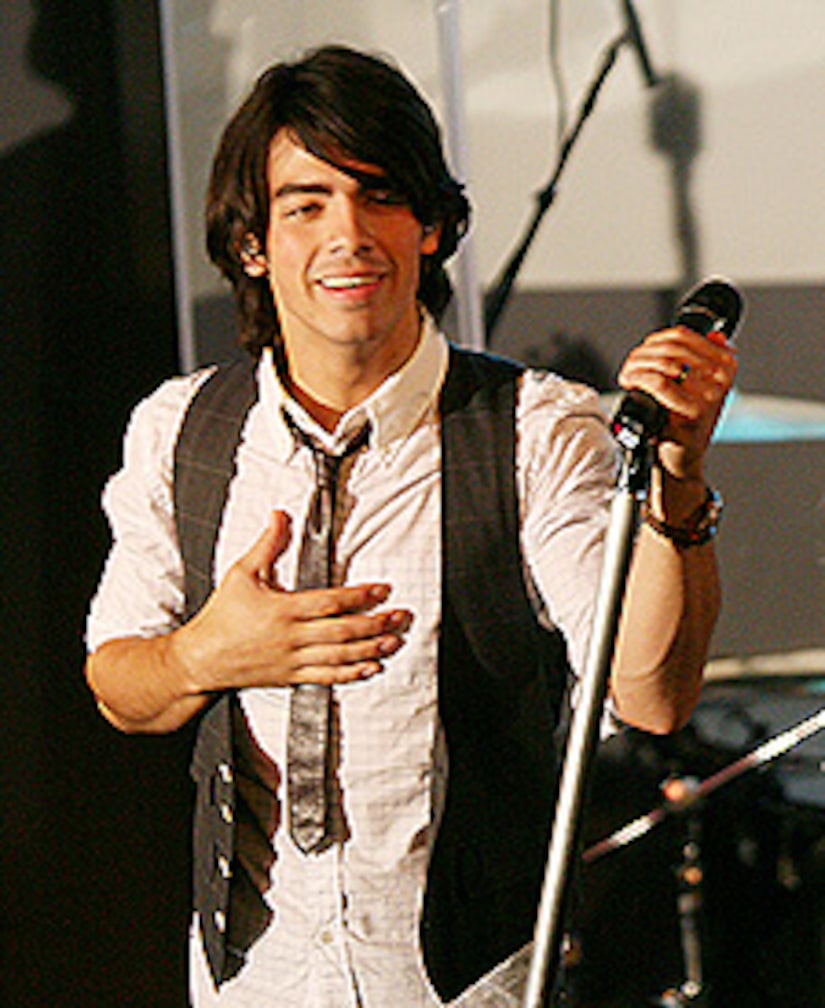 Has heartthrob Joe Jonas just broken the hearts of teen girls everywhere? Tongues are wagging that the pop rock prince is linked to country crooner Taylor Swift -- and he's been popping up at her concerts!

Joe, one-third of teen fave band The Jonas Brothers, showed up at Taylor's show on Sunday night at West Palm Beach Cruzan Amphitheatre, reports People. Though he tried to go incognito with a baseball cap, he was recognized when he popped-up backstage near the soundboard to be near Taylor's dad.

Last week, Taylor, 18, shot a cameo for the brothers' upcoming 3-D movie -- but she swears they're just friends. Her rep tells People, "He's an amazing guy and anybody would be lucky to be dating him."